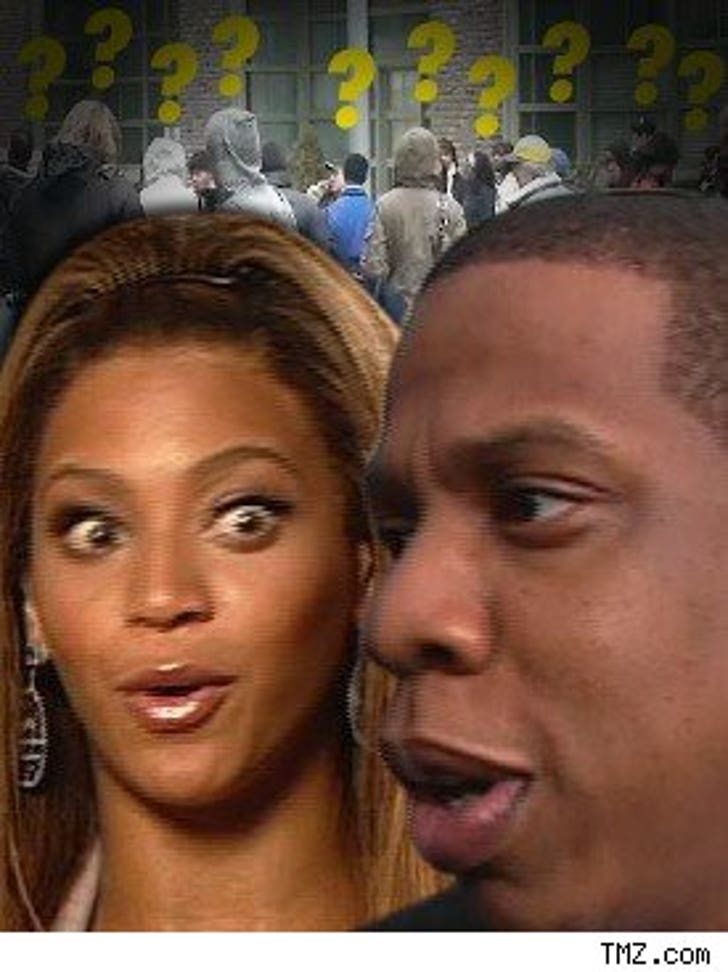 1. Jay-Z and Beyonce allegedly applied for a marriage license in Scarsdale, NY on April 1st - uh, April Fool's Day! And in Scarsdale??

2. Jay-Z is playing a concert in North Carolina on Saturday - that doesn't leave very much time for a honeymoon.

3. Kelly Rowland and Michelle Williams (those other two from Destiny's Child) posted a silly YouTube video, giggling and declaring, "we're...out of town...at an undisclosed location." Hee hee. How very subtle.

4. Details of the grand wedding have emerged onto the Internet and include tidbits such as:
Beyonce's dressing room is set up in a gym. A gym!? Every bride's dream!

A fridge has been stocked with Jay-Z's favorite champagne. Did the housekeeper leak this? What about those non-disclosure agreements those people sign?

5. They picked Jay-Z's Manhattan apartment for their wedding locale. Why not just set up in the middle of Times Square?

6. People magazine posted photos of cheapy looking flowers and candelabras being delivered to Jay-Z's pad. There's no way Beyonce would allow cheap flowers at her wedding. Not to mention what her mom and dad would do.

7. Jay-Z just signed a $150 million deal with Live Nation. That sounds like a great reason to throw a party. And probably the real reason all this commotion is going down today.

8. The entire gossip blogosphere has gone crazy with wedding fever - everyone but E! that is. They haven't written anything about the wedding fiasco. Interesting, being that E! airs Ashton Kutcher's lame punking the paps show. We're just sayin'...