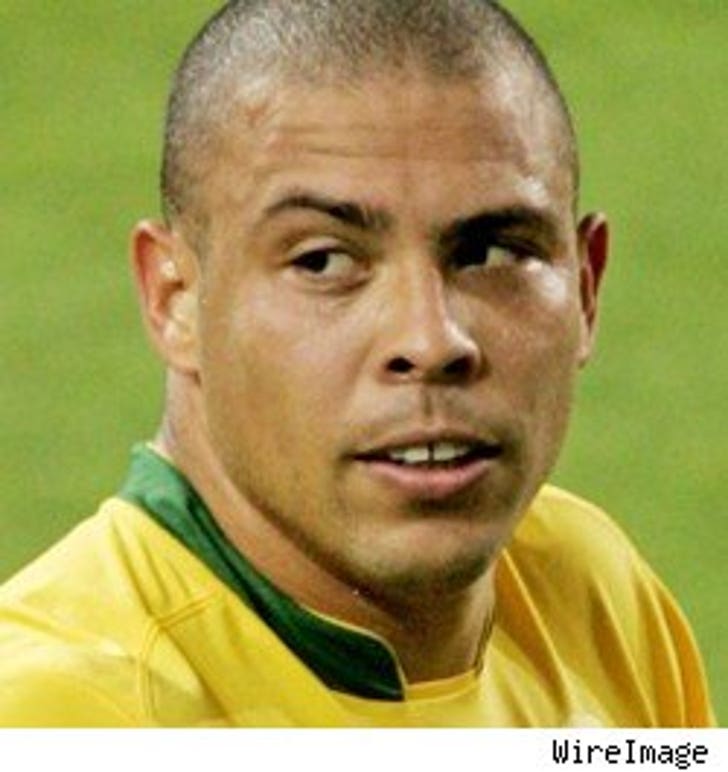 So Ronaldo -- the Brazilian soccer star who got all ball when he hired what he thought were three female hookers last week -- just got the chop for his little tranny trip.

According to reports from the continent, Italian mobile firm TIM has dropped Ronaldo as a spokesjohn, canceling its $4.8 million contract with him. There's a clause in his contract that lets the company end the deal if he's involved in any bad PR.

Ronaldo, according to cops, had tried to buy off the he-shes. Clearly not nearly enough.