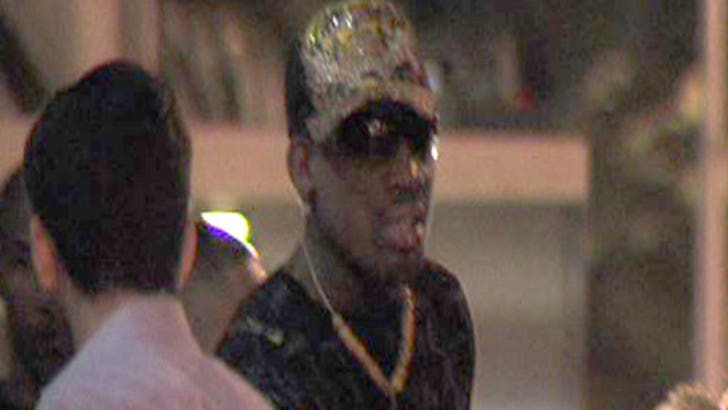 Rodman entered an outpatient facility in Ft. Lauderdale on Monday, but was caught partying at the Delano Hotel in Miami with a couple of hotties last night. He was drinking something -- we don't know what.

Dennis was popped last week on suspicion of felony domestic battery after allegedly having "too much to drink" and getting into a fight with his girlfriend. We're told he was meeting with Vanilla Ice's criminal defense attorney, Brad Cohen, while he's in Miami -- the same guy who got the Iceman's battery cased dropped.