50 Cent's ex Shaniqua Tompkins got a restraining order this morning against the rapper -- but she was also served with a real doozy of a lawsuit. 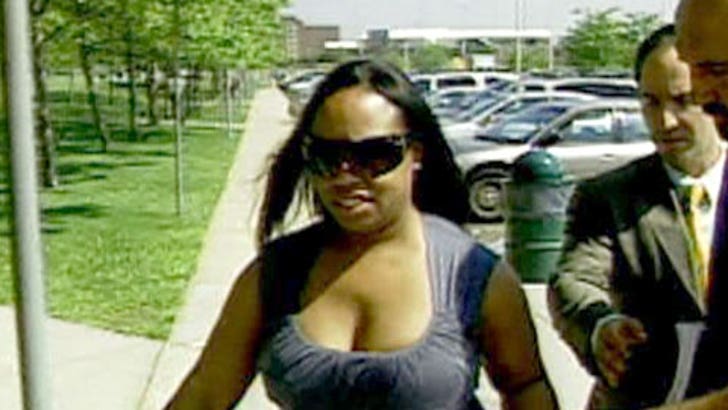 The rapper's lawyers brought the legal hammer down on Tompkins, slapping her with a $20 million defamation suit in Connecticut court for accusing Fiddy -- over and over again -- of burning down his own house, and trying to kill her and his own son. Not only that, 50 wants the court to force Shaniqua to let him visit 11-year-old Marquise, in accordance with an earlier order.

The parties will be in New York in July to sort it all out. The arson investigation in the Dix Hills fire is ongoing.