After being charged with two misdemeanor counts of DUI, Dr. Jan "Jailbird" Adams appeared in court today to plead not guilty to the charges. Maybe he was so drunk he forgot! 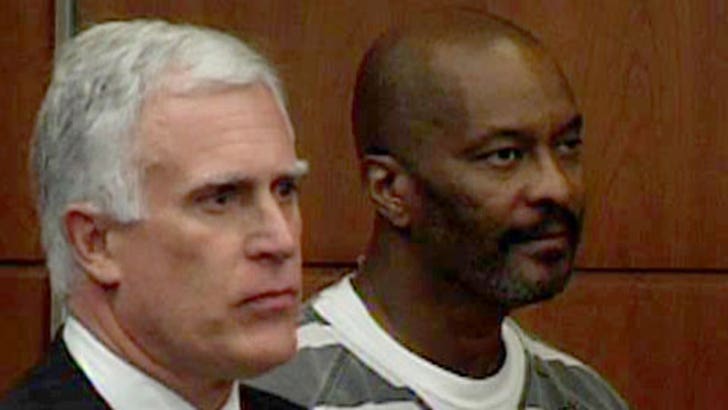 Adams -- sporting fetching black and white striped inmate attire -- pleaded not guilty to driving while insanely drunk last week in Northern California. He's been sitting in a cell since his arrest early Thursday morning. The judge has ordered him held without bail until his next hearing on July 7. He can BBQ in the big house for the 4th!

Cops say Adams' blood alcohol was above .15 -- nearly twice the legal limit -- when they found him driving the wrong way on the freeway. Dr. Adams -- or just Jan since his medical license was just pulled -- operated on Kanye West's mother right before she died.