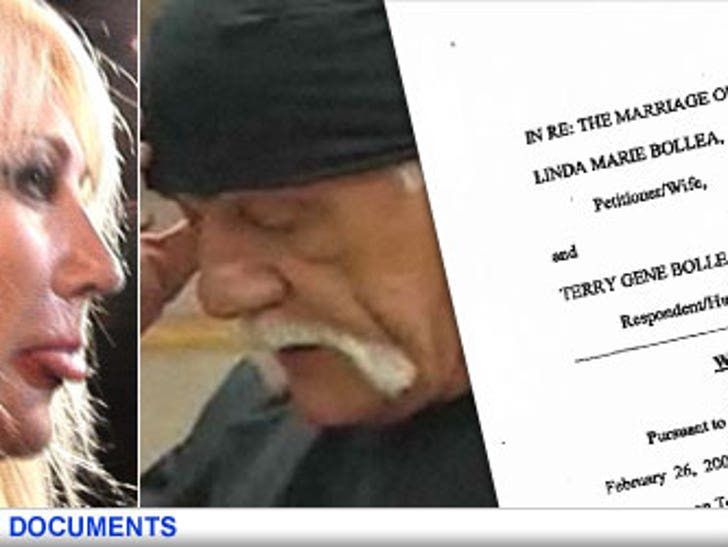 Over-the-top wrestling matches don't have this much drama. 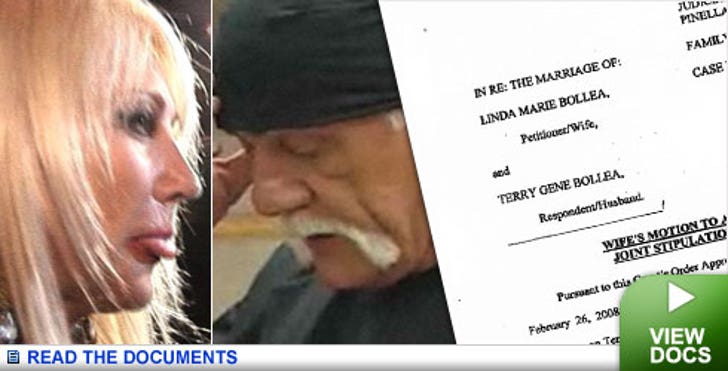 Linda Hogan filed a motion yesterday against Hulk claiming she now "fears for her safety" because of him -- saying he's stalking her outside of their residences, has a history of violence towards her and "is capable of attacking [her] at any moment." Linda's looking to keep Hulk away from her and their Florida homes.

Hulk did attack her yesterday -- on a Tampa radio show.

Hulk attorney issued this statement: "Linda Bollea's allegations are pure fantasy, in line with her recent 911 call that has been widely played in the media. Since November, Terry Bollea has been in Los Angeles working. The limited time that he has spent in Florida has been solely to visit his son and daughter. In addition, he has no history of violence."