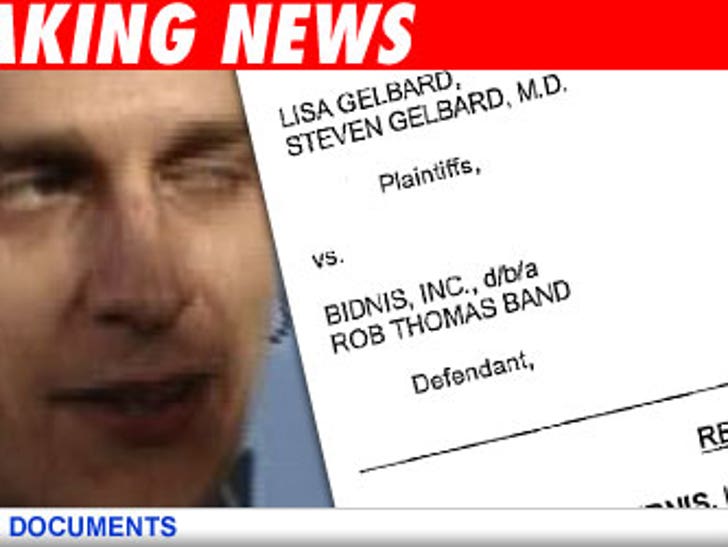 Rob Thomas' band may wanna keep their sticks where they belongs -- gripped firmly in their drummer's hands. 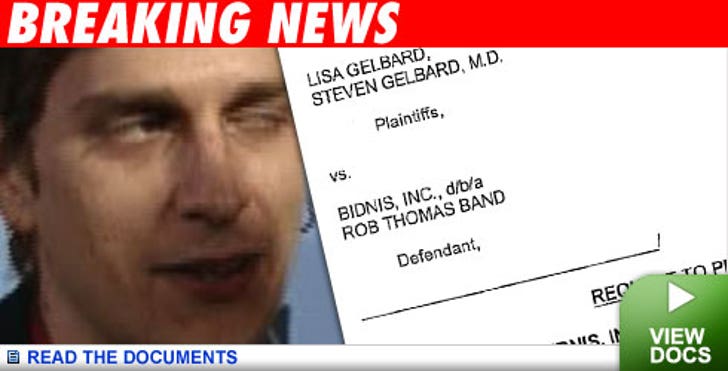 Lisa Gelbard is suing Thomas' company Bidnis because she claims a drumstick thrown into the crowd at one of his 2005 solo concerts smacked her in the face -- causing her to suffer a herniated disk.

Lisa's hubby, who's included in the lawsuit and attended the concert with her, says he's suffered "the loss of his wife's services, support, consortium and the care and comfort of her society."

Rob's rep has yet to throw anything our way.