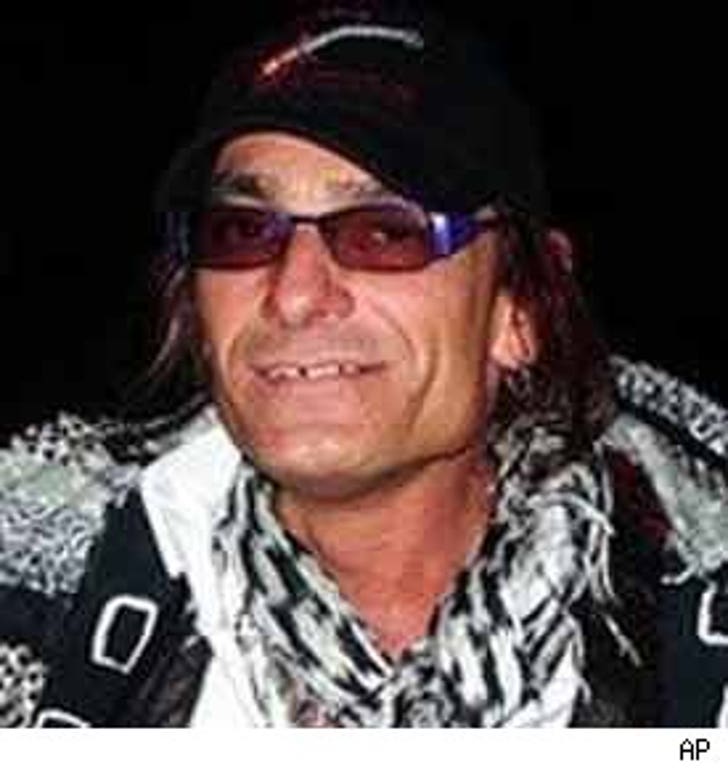 Pretending to be David Lee Roth is child's play compared to David Kuntz's frightening past.

Kuntz was involved in a 1989 murder trial that painted him as a manipulative master that talked one of his girlfriends into killing the other.

The story is nuttier than the last!

According to the Simcoe Reformer, in 1988, Kuntz's girlfriend Kimberly Blinkhorn killed Rowena Parsons -- who Kuntz said he was going to marry -- by stabbing her 70 times with an eight-inch carving knife. At the trial, Linkhorn said Kuntz controlled her and told her that her "job" was to kill Parsons and that Kuntz had told her he had sold his soul.

Although Satanic books were littered around Kuntz and Blinkhorn's home -- he testified that he was kidding about not having a soul by saying, "It's just an expression -- you sold your soul to rock and roll."

Kuntz was never charged in the murder.