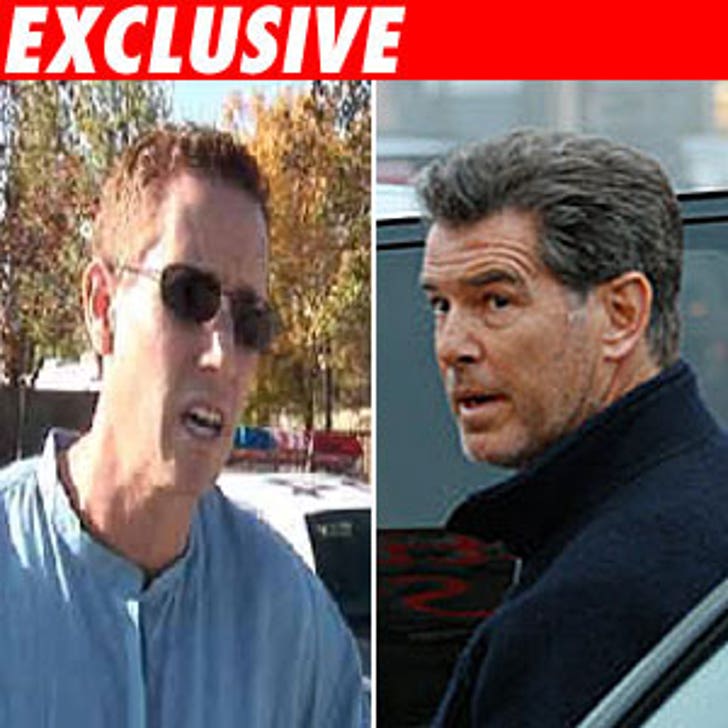 The photog who says he suffered a Pierce Brosnan beatdown at a mall in Malibu last October, has had his case dismissed.

Rob Rosen tells TMZ, "The terms are confidential, but both parties are happy with the outcome." Not so fast says Pierce's attorney!

Brosnan's peeps tell us the case was voluntarily dismissed -- NOT settled -- and the terms are NOT confidential. We're told Rosen did not receive and will not receive any money, and let the case go after Brosnan agreed not to sue him. Nobody messes with James Bond!

Rosen had claimed the star "punched, hit, struck and attacked" him.