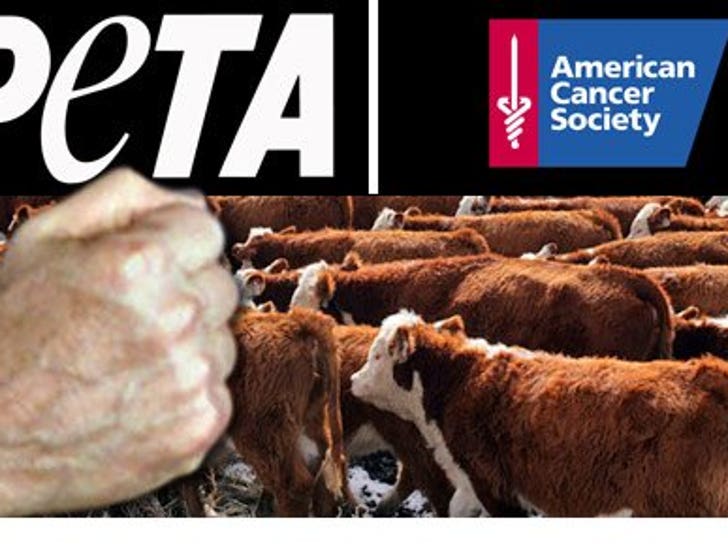 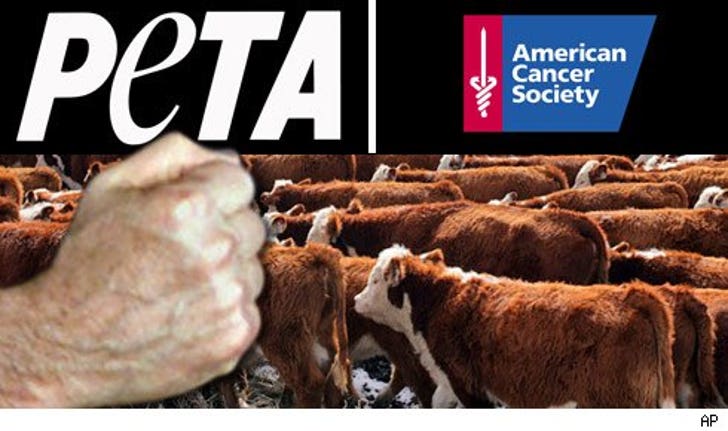 The People for the Ethical Treatment of Animals, a group with wayyy too much time on their hands, is now going after the American Cancer Society ... for trying to fight cancer -- in humans!

After the ACS went after Michael Jordan for smoking during a softball game earlier this week, the folks at PETA, who obviously couldn't stand to see another organization get attention, released a strongly worded letter of their own -- attacking the people dedicated to helping actual, living Homo sapiens.

Here's the statement: "The ACS needs to get its own act together before it calls a foul on Michael Jordan." See, PETA claims the folks at the ACS are hypocrites because they have fundraisers where they serve "cancer-linked" foods -- and by cancer-linked they mean dead animal, like beef.

Imagine how screwed the Muscular Dystrophy Association's gonna be when PETA finds out Jerry Lewis had a steak once.