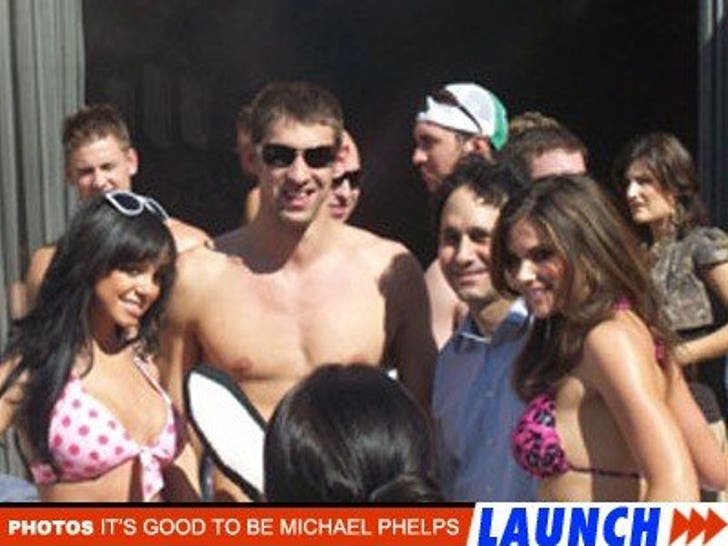 Is Michael Phelps overcompensating ... or just acting like a 23-year-old who just won eight Olympic medals? 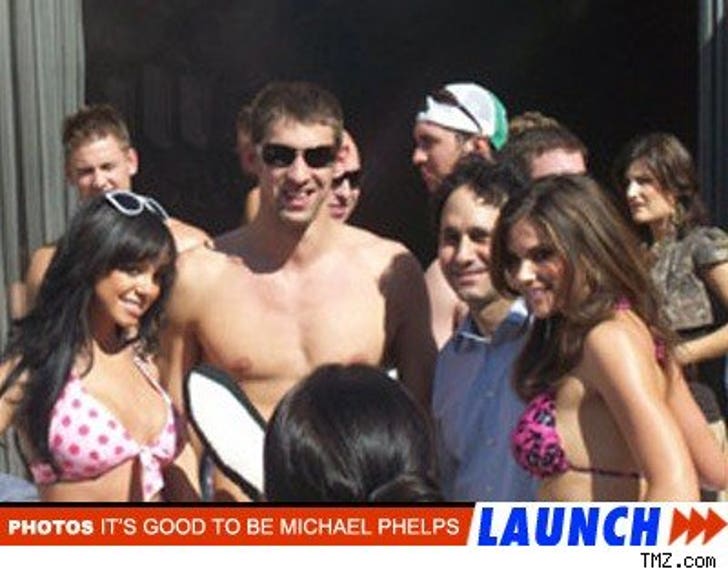 Watch Michael party and gamble in Vegas. See Michael cavort with Playboy bunnies at The Palms. By the way, we're told Mischa Barton followed Michael around like a puppy dog. It's good to be him.