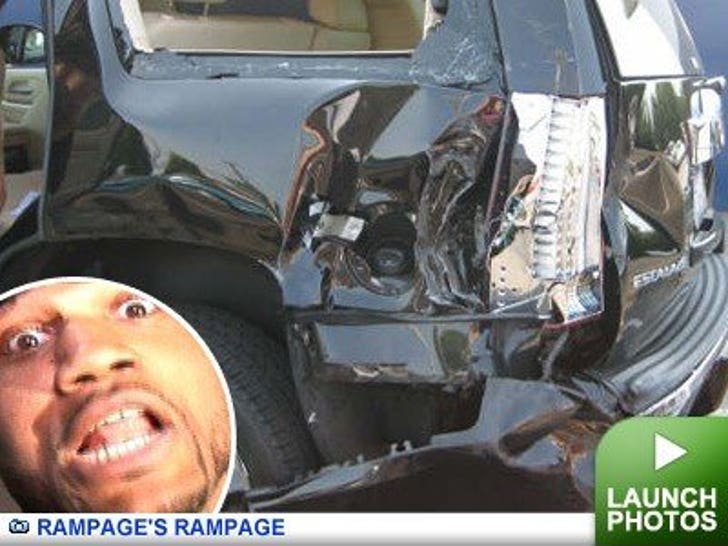 TMZ has obtained photos of an Escalade destroyed by Rampage Jackson in his bizarre car chase in July. 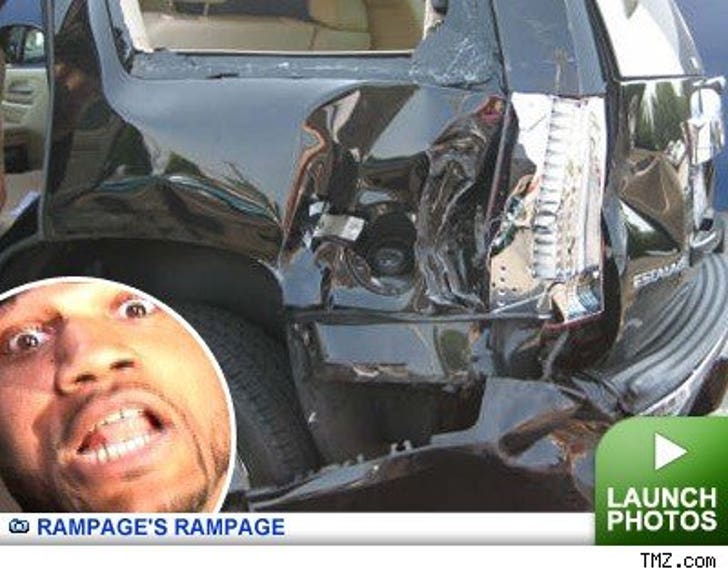 The driver of the SUV, Holli Griggs, was 16 weeks pregnant at the time of the accident. Two weeks after the accident, she had a miscarriage. Rampage was not charged for that after an investigation revealed that the miscarriage was unrelated to the accident.

Rampage pleaded not guilty to felony counts of evading police, hit-and-run and reckless driving. He was busted back in July after barreling down an O.C. freeway in a monster truck (with his photo on the side), hitting two cars and terrorizing pedestrians in the process.