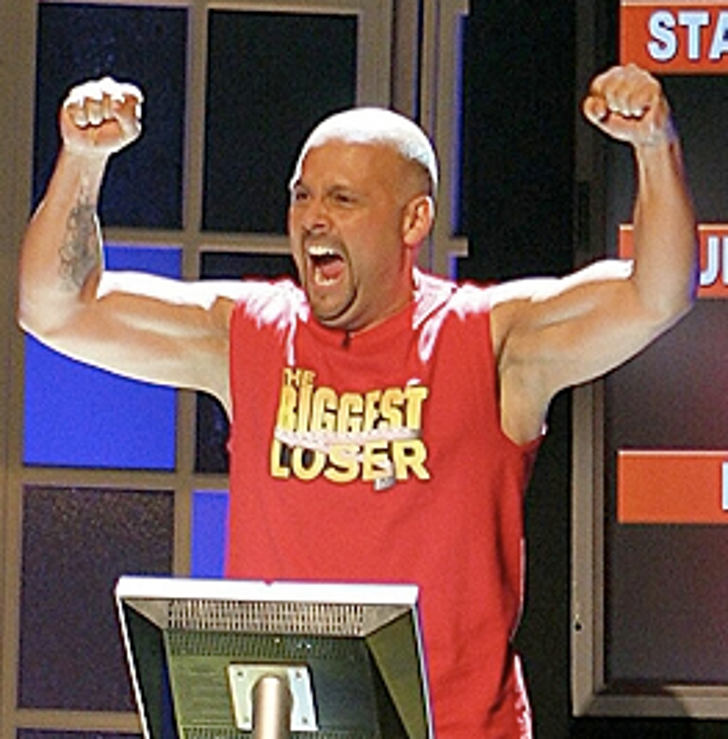 A guy who won $100K on "The Biggest Loser" is facing some heavy jail time for allegedly trying to bilk an insurance company out of $63,000.

Season one loser David Fioravanti just was indicted by a Massachusetts grand jury on seven counts of insurance fraud -- he allegedly tried to insure $63K worth of jewels that he already had reported as stolen a year before, reports the Boston Globe. And he tried to perpetrate this scheme not once, but twice, says the DA.

And get this -- one of the allegedly victimized insurance companies was named ... Chubb Insurance!!!

You can't make this stuff up, folks.