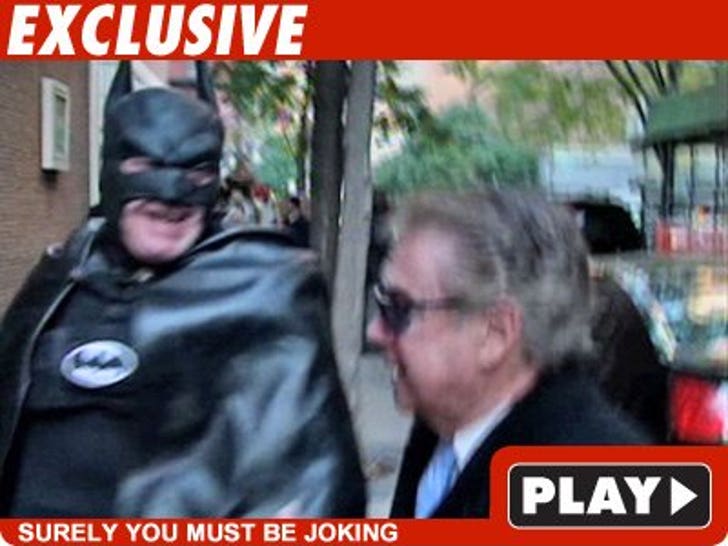 Regis Philbin gave his side of that whole "Dominican thing" to our cameraman -- and Batman -- this morning in NY. 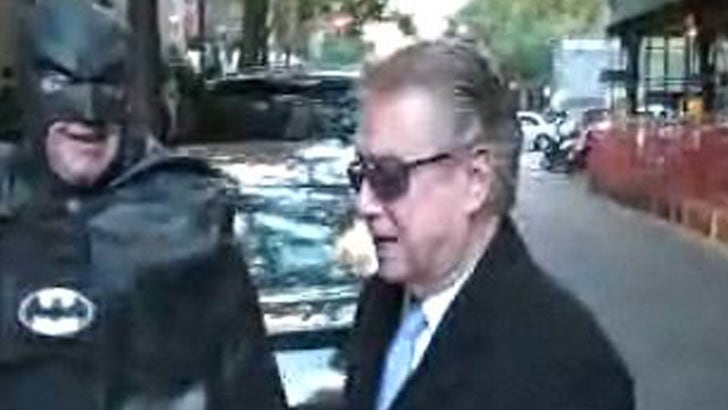 Oh, and that planned protest? Hasn't happened yet.

UPDATE: Our guy on scene says a few people have assembled -- about 15 -- in a peaceful protest. They're demanding an on-air apology from R&K and threatening a mass protest if they don't get it.