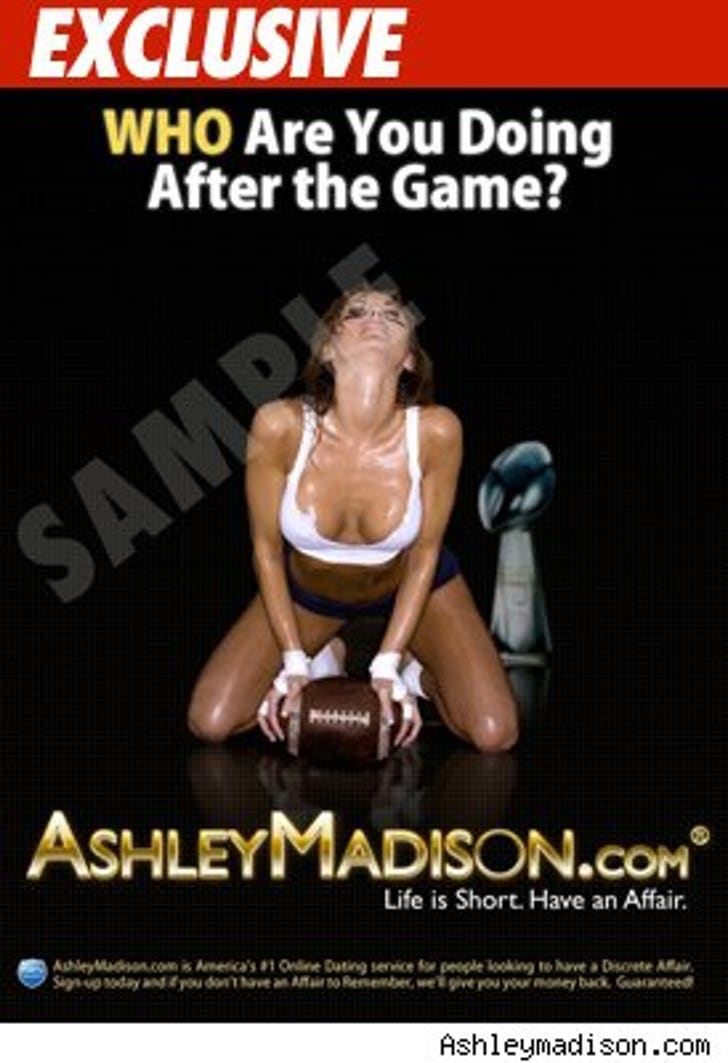 They've unsuccessfully tried to hook up Katie Holmes and had their billboard taken down in NYC, but now the lovely folks at everyone's favorite extra-marital dating website, AshleyMadison.com, are getting in on some Super Bowl action.

The controversial online site for married peeps is advertising in the official 2009 Super Bowl program and submitting this subtle ad -- featuring an oiled up, busty chick straddling the pigskin -- to the NFL for approval.

Does that look like a wardrobe malfunction to you?