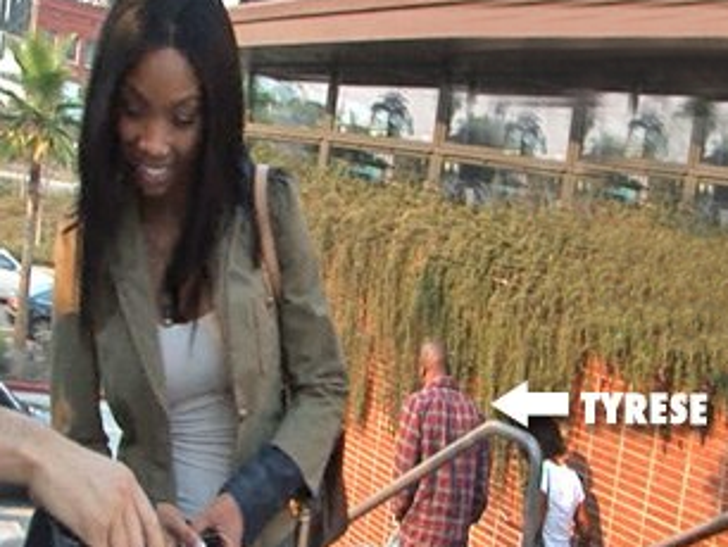 Tyrese and Brandy tried to avoid pappers like the plague this weekend -- but instead, they came face-to-face with a TMZ camera and the TMZ boss ... who just happened to be there. 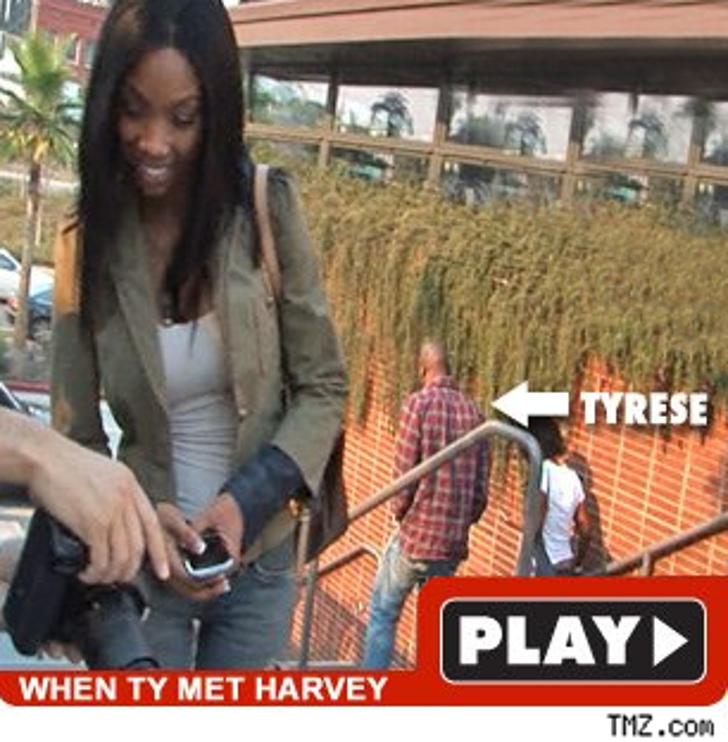 Here's how it all went down: Our cameras found Tyrese on a mall trip with Brandy in Century City -- but it was clear T didn't want to be seen. In fact, it seemed like Tyrese sent B to distract the pappers, so he could sneak down the back staircase.

But when Ty went to the valet, Harvey just happened to be there, waiting for his car ... and when the photog kept firing questions at Tyrese, the actor confronted Harv while the cameras rolled. Guess what happens next...

P.S. -- Tyrese and Brandy left together.