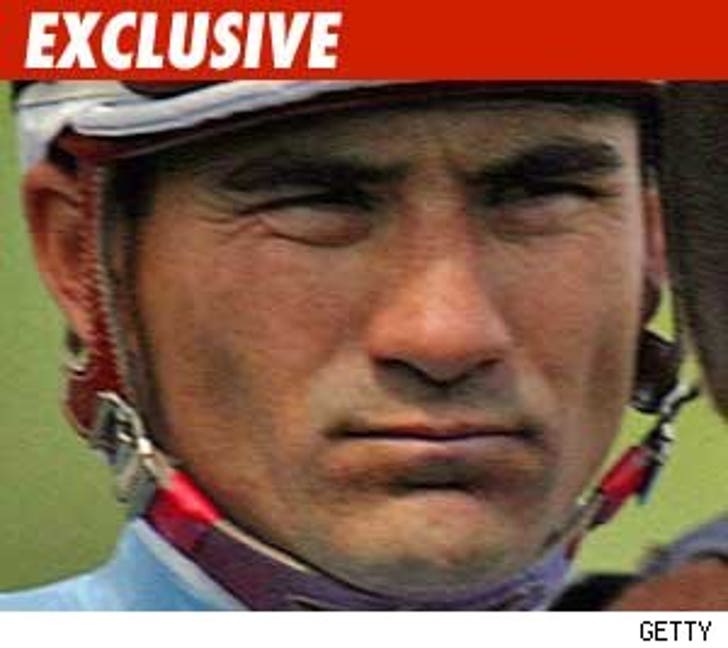 One of the world's most famous jockeys is more pissed than a race horse -- claiming he's been saddled with an unfair suspension for allegedly trying to screw up a race.

Corey Nakatani was suspended for three days after a January 15th race at Santa Anita in which he allegedly "failed to put forth his best effort to maintain a straight course" -- in other words, he's accused of intentionally trying to cut off another horse.

Now, Nakatani has filed a lawsuit against the California Horse Racing Board claiming the ruling is total horse s**t -- and that his suspension is "illegal, erroneous, not in the best interest of racing, and violates [Nakatani's] right to pursue his livelihood."

Nakatani is asking the court to issue a stay of the board's ruling, pending a hearing, so Nakatani may continue to race. His suspension is scheduled to begin Friday -- this might be a photo finish.