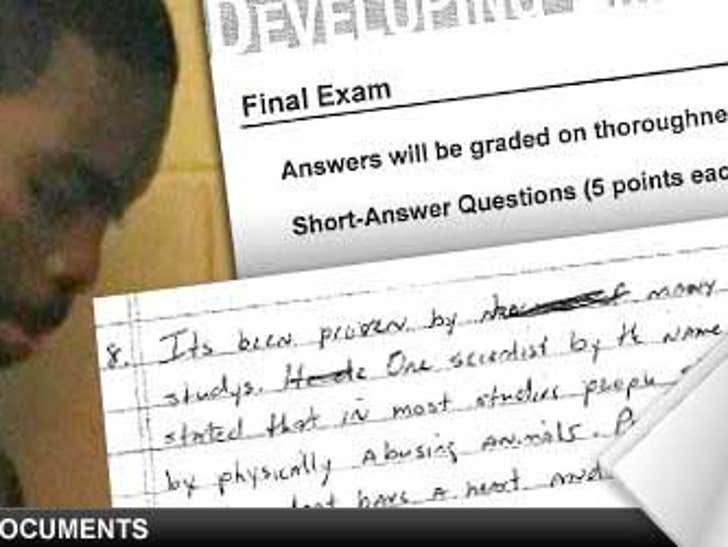 The next time Michael Vick calls you "chicken" -- take it as a compliment ... because dude believes they're "uncanny" thinkers and even more spectacular athletes. Seriously. 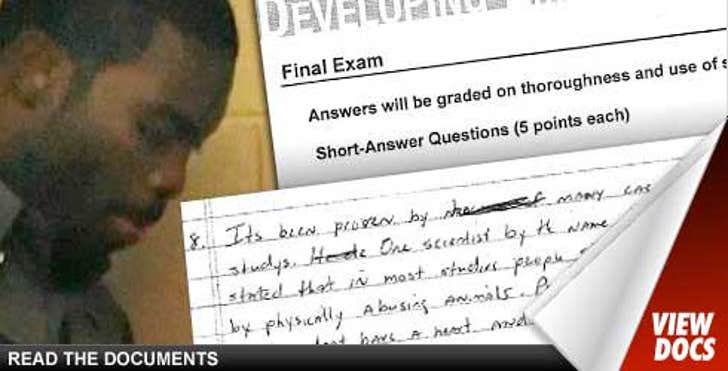 PETA just released the handwritten answers Vick gave to a "Developing Empathy" test he took just after he pled guilty to dogfighting charges in 2007 -- and he scored a whopping 73.5 out of 100 ... that's about a "C."
Among the highlights, Vick explains "The Golden Rule" as doing "on to others as u want them to do on to u .... (as long the feeling is mutual)." But that's only the beginning -- check out some unedited highlights:
"People who abuse animals dont [sic] have a heart and find it amusing to see animals suffer."

"Chickens have an uncanny ability to think and are very agile. They are very athletic to me."

"My aunt Tina own a Rotti name Tico. Once my aunt and her boyfriend Wayne was having an intense fight ... [Tico] jump through a glass window & pinned my aunt boyfriend Wayne to the ground just growling ... Now that's loyalty."

After he took the test, PETA balked on an offer to shoot a TV spot with Vick after his lawyers insisted they support his return to the NFL.