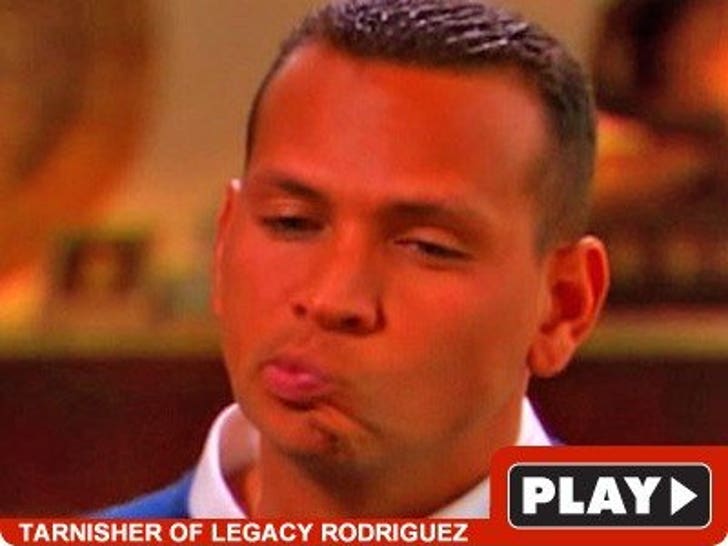 Alex "The Fraud" Rodriguez just 'fessed up to taking performance-enhancing drugs while playing for the Texas Rangers during a three-year period beginning in 2001.

Cheater Rodriguez told ESPN's Peter Gammons, "When I arrived in Texas in 2001, I felt an enormous amount of pressure. I needed to perform, and perform at a high level every day."

Liar Rodriguez continued, "Back then, [baseball] was a different culture. It was very loose. I was young, I was stupid, I was naïve. I wanted to prove to everyone I was worth being one of the greatest players of all time."

Ruiner of Sports Rodriguez also said, "I did take a banned substance. For that, I'm very sorry and deeply regretful."