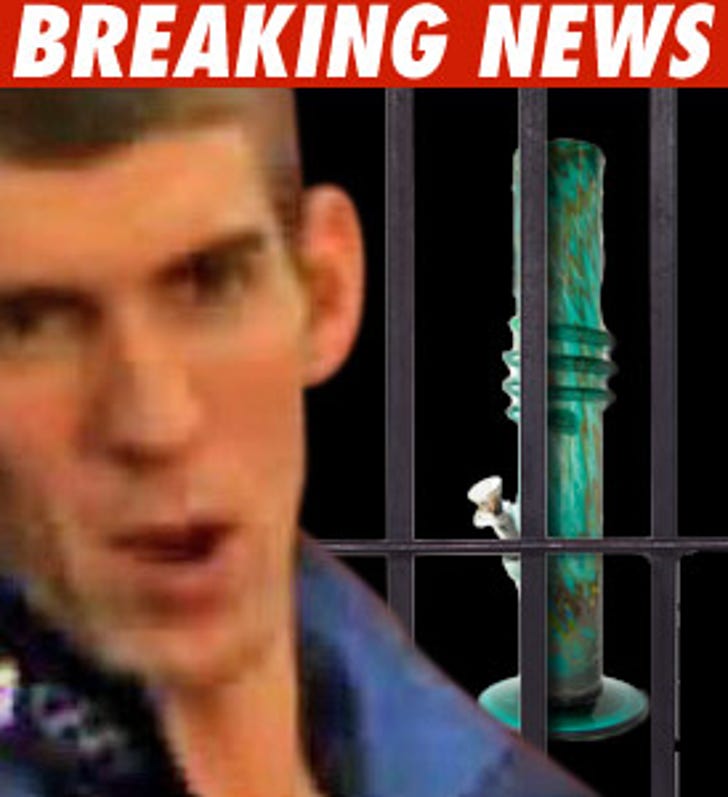 OVERKILL - noun - 1) the amount by which destruction or the capacity for destruction exceeds what is necessary. 2) excessive treatment or action; too much of something.

Eight people connected to that infamous Columbia, SC pot party where Michael Phelps was photographed taking a bong rip back in November have now been arrested by the Richland County Sheriff's Department -- seven for possession and one for dealing.

Included in Sheriff Leon Lott's arrest extravaganza: The suspected owner of the bong -- who wasn't even at the party -- but was allegedly trying to sell the bong on eBay for $100,000, according to WIS.

The bong is reportedly not responding well to Lott's questioning -- and is blaming it on a loss of short-term memory.