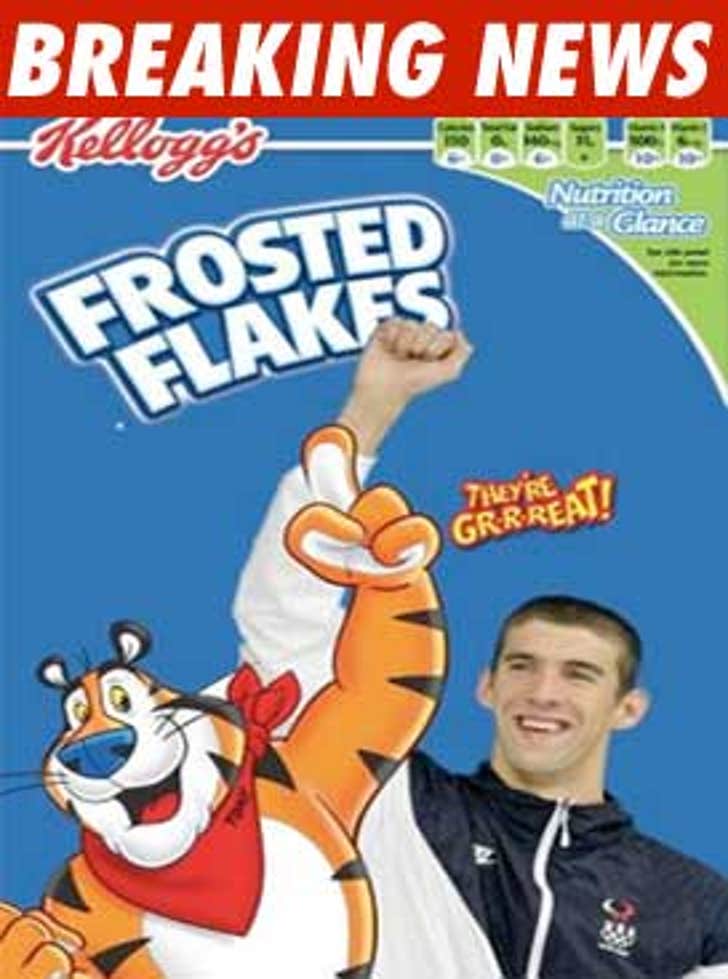 Apparently the taste of Kellogg's Frosted Flakes are not supposed to bring out the pothead in you -- because the company is officially kicking Michael Phelps to the curb.

After the bong shots surfaced, Kellogg was none too happy with their spokes-dolphin, and have just released the following statement: "We originally built the relationship with Michael, as well as the other Olympic athletes, to support our association with the U.S. Olympic team. Michael's most recent behavior is not consistent with the image of Kellogg. His contract expires at the end of February and we have made a decision not to extend his contract."

Interesting move ... considering Frosted Flakes are great for the munchies.