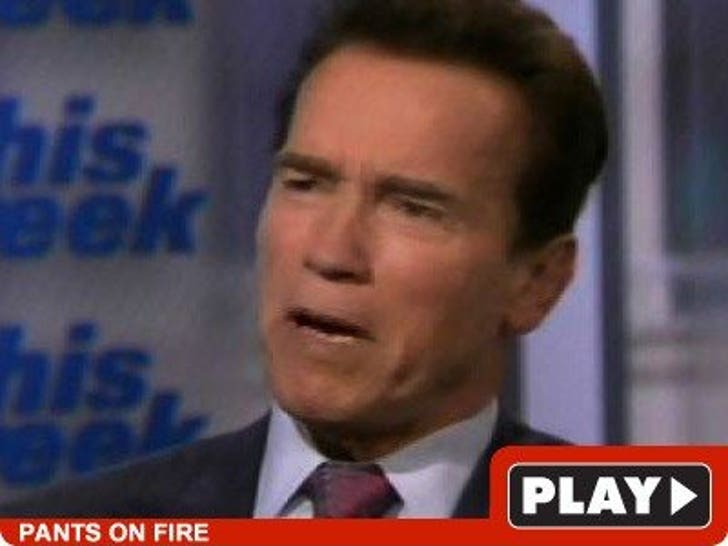 File this in the category of "don't trust the flacks who shovel B.S. about their clients": Contrary to the lies we got a few days back that Governor Arnold Schwarzenegger has not committed to doing a movie with Sylvester Stallone ... Ahnold himself says he is. 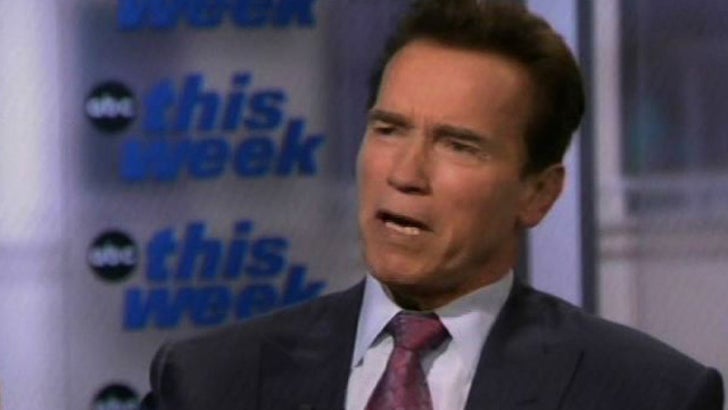 The Guv was on George Stephanopoulos' show today, saying he will indeed support his bud by shooting a scene in Sly's movie, "The Expendables."

A few days ago, the Guv's media hack double-talked us and said the only plan the Governor had was to get the Caleeefornia budget passed -- that he knew nothing about a movie. It was so obvious he was lying, but that was his story.

Ditto Sly's rep, said nothing was solid about the Guv doing the movie, even though a rep for the movie's own executive producer told us he was doing a scene.

People were giving Arnold heat for leaving the State to do a movie. Clearly his reps felt they could lie about it until the budget was approved, as if the State is no longer in crisis.

How stupid do they think we are?