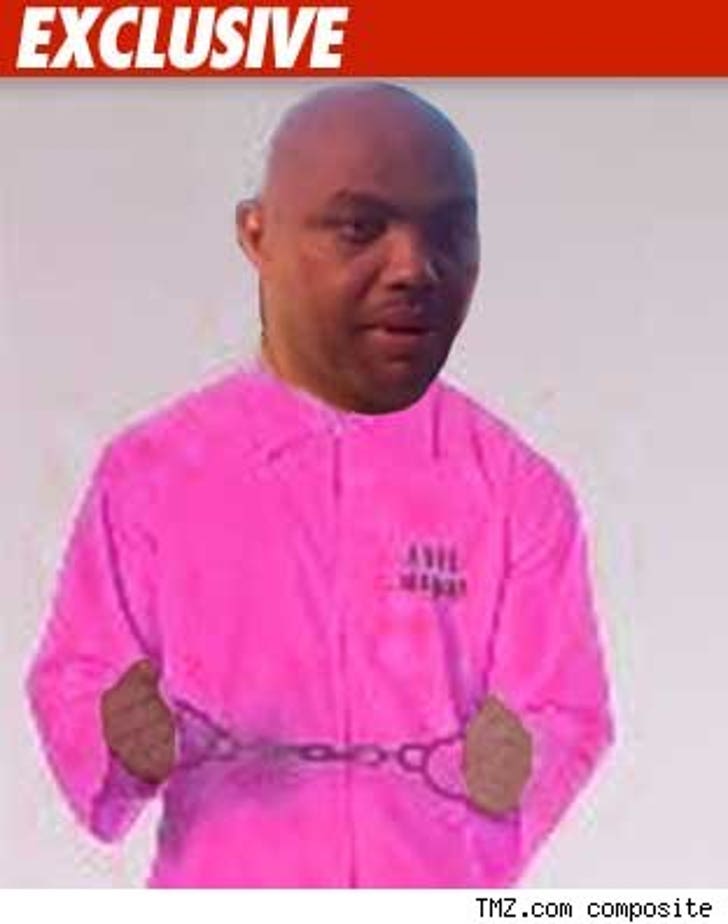 Have you ever wanted to see a 300+ pound guy dressed in pink long johns? Charles Barkley is about to grant your wish.

We got word Barkley will serve his time in Lower Buckeye Jail ... which happens to be run by Sheriff Joe Arpaio. Arpaio tells TMZ that if he does get his hands on Barkley, he will put him in Tent City -- which means Sir Charles will don the infamous pink long johns.

Arpaio even told TMZ he would pair Barkley up with another famous Tent City inmate -- DMX.

Barkley is due to turn himself in on March 21.

UPDATE -- Sheriff Arpaio tells TMZ Barkley has been given work release -- meaning he only has to be in jail from 8:00 PM to 6:00 AM. But if Chuck violates even one rule, Arpaio will revoke his work release.