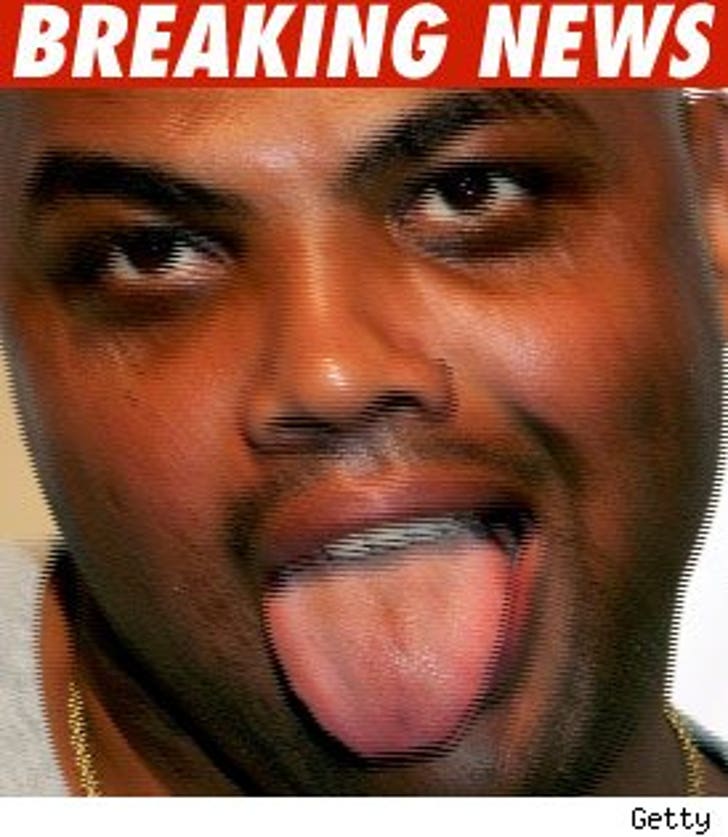 This may be the very best police report of 2008. When Charles Barkley was busted in Arizona early NYE morning for DUI, he told cops he ran a stop sign because he was in a hurry to get some oral sex.

According to the officer who wrote the report, "He told me that he ran the stop sign because he was in a hurry to pick up the girl I saw get in the passenger seat."

The officer continues: "He asked me to admit that she was 'hot.' He asked me, 'You want the truth?' When I told him I did he said, 'I was gonna drive around the corner and get a b**w job. He then explained that she had given him a 'b**w job' one week earlier and said it was the best one he had ever had in his life."

The report says when Barkley was taken to the station, he told one of the employees, "I'll tattoo my name on your ass" if he helped "get him out of the DUI." According to the report, "He laughed and then quickly corrected himself and said, 'I'll tattoo your name on my ass' and then laughed again."

The report also says officers "found a handgun in the vehicle" which was immediately impounded. The report doesn't say if the handgun was legal or not, and the only thing that we know for sure was loaded...