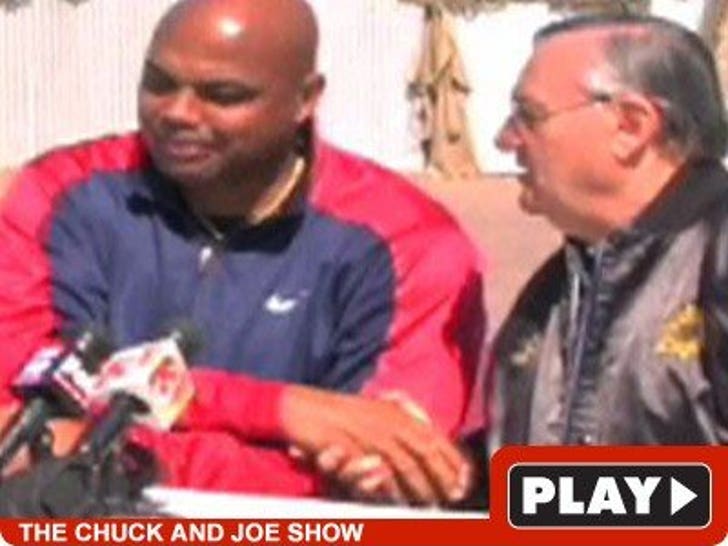 Charles Barkley finished delivering a news conference from inside the Tent City Jail in Phoenix, AZ this afternoon, and his fellow inmates are already cheering for him like it's the "Shawshank Redemption." 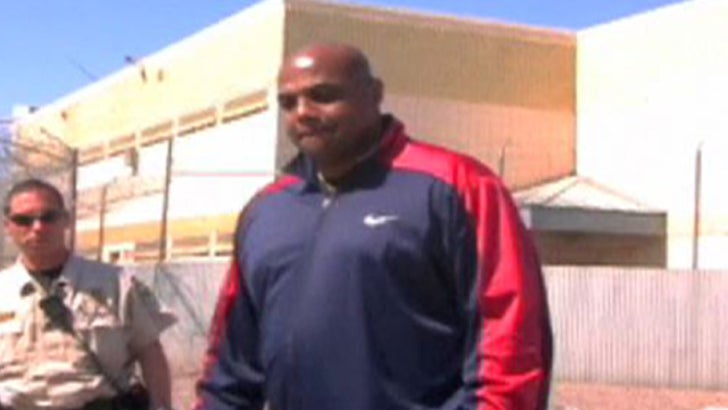 Sitting next to Sheriff Joe Arpaio, the NBA Hall-of-Famer started with a typical PSA monologue, saying he made a mistake and had "learned not to drink and drive." Barkley reiterated that he is not a role model. Understatement of the year.

But the good stuff came after the newser, when inmate P519798 played politician -- shaking hands and even posing for pictures! All within the confines of jail. Oh, and apparently he's aware that TMZ broke the story of his DUI arrest.

If you're wondering what Sir Charles will do in his downtime over the next three days -- he's reading "The Complete Idiot's Guide to Learning Spanish." Ay Dios Mio!

A Movie Star Smile Brighten Up Those Pearly Whites ... Get Yourself a Pen for It!!!