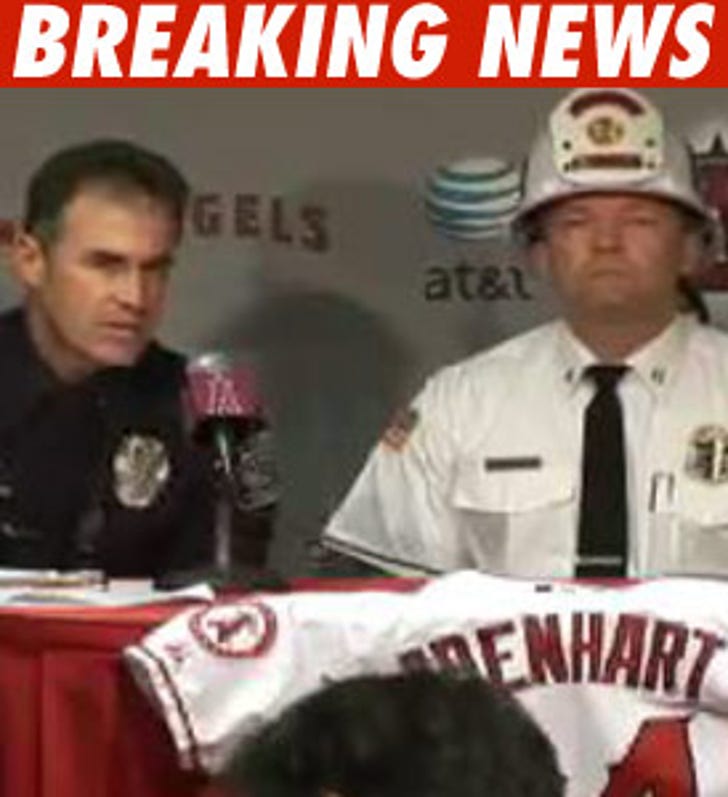 During the Nick Adenhart press conference, a Fullerton PD spokesman said the man who caused the accident that killed Nick and two others was under the influence of alcohol at the time.

The spokesman also said he believes the man, 22-year-old Andrew Gallo, was also driving on a suspended license because of a prior DUI. The cop said Gallo will probably be booked on felony hit-and-run, felony DUI, vehicular manslaughter and possibly murder.

Also -- the Angels game tonight has been canceled.