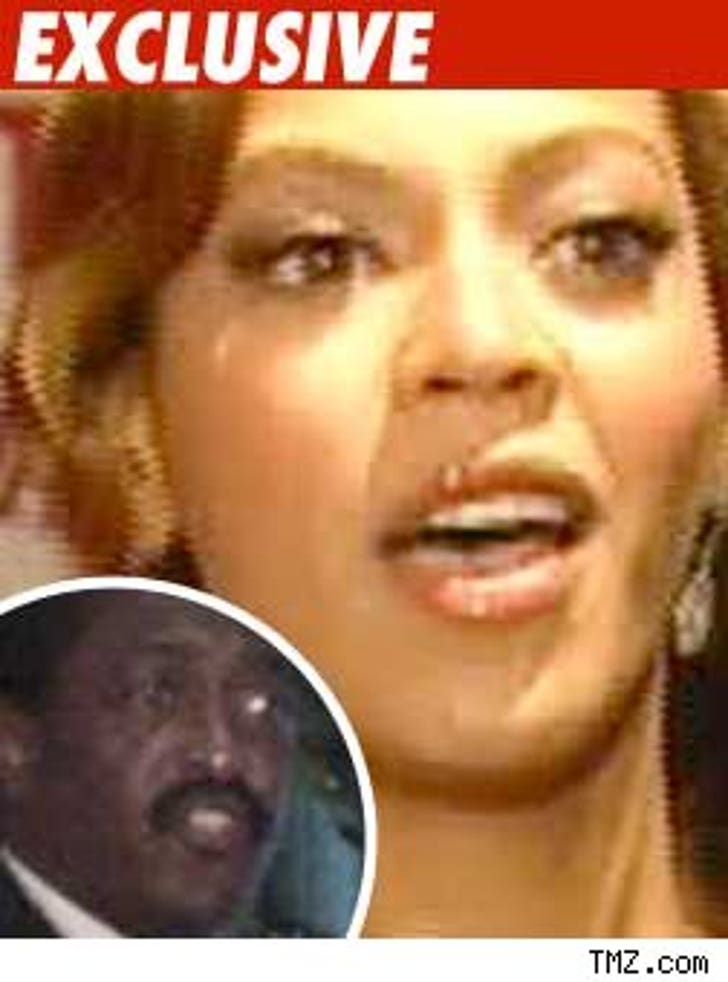 Beyonce's dad is on the warpath against the people attacking his daughter for the supposed "board mix" audio of B singing at "The Today Show" -- claiming all doubters of her ability are "idiots."

In a fiery statement to TMZ, Mathew Knowles, who's also Bey's manager, says his daughter was set up. It's one of the best statements we've ever gotten.

"If no one took the time to look at the biggest Inauguration in the history of America then shame on them.

If no one took the time to listen to Beyonce sing 'America the Beautiful' and 'At Last' at the Neighborhood Ball for the first dance of President Obama and the First Lady, and they question Beyonce's vocal ability, they've gotta be an idiot.

At 12 years into her career, the last thing someone should be questioning is her vocal ability.

That would be like questioning if Kobe Bryant could shoot a jump shot. The vocals were obviously altered."