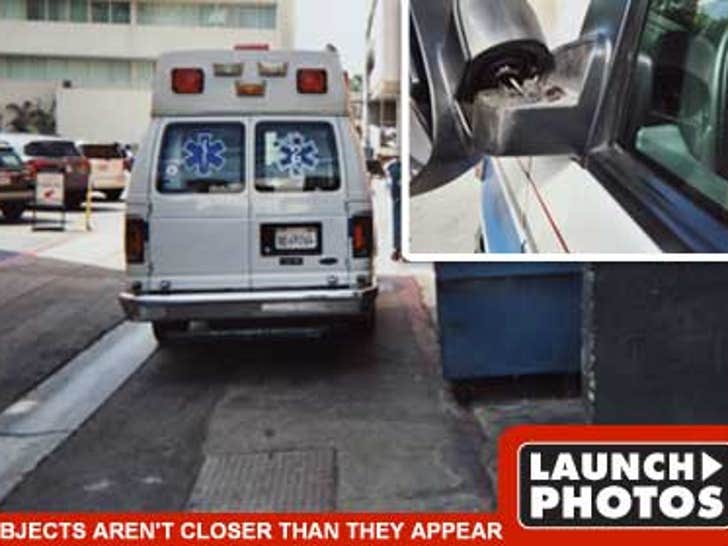 We've just obtained photos of the ambulance Michael Jackson's chauffeur allegedly smashed into yesterday -- and it looks more like a scrape-and-run than a hit-and-run. 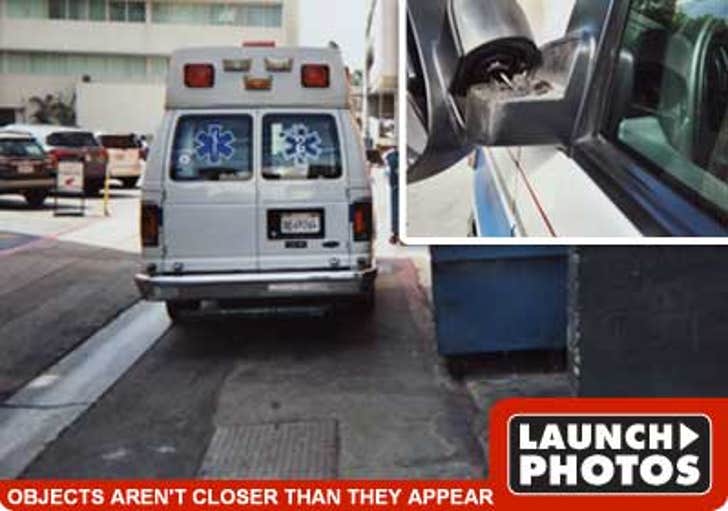 As you can see in the photos, there's obvious damage on the left side of the ambulance, including the driver's side mirror which is hanging on by a thread. The EMT told us the sudden impact caused injuries to him and his partner -- who were sitting in the ambulance at the time.