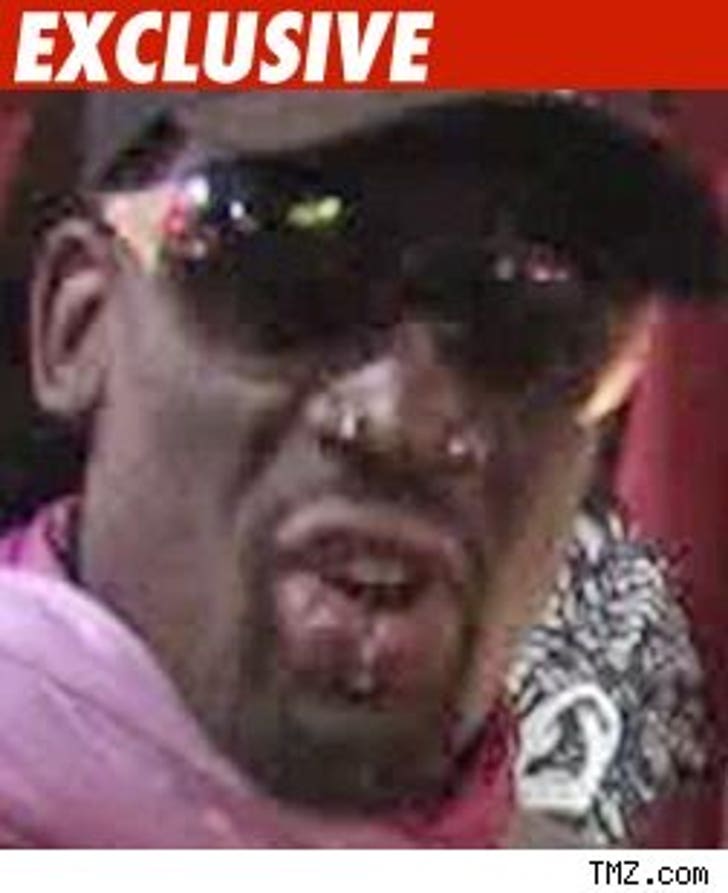 Dennis Rodman and his posee allegedly dined, dashed and assaulted.

Sources tell us, Rodman and some friends had dinner last night at the Gansevoort Hotel in Miami, and left without paying the $1,000 bill. When the manager tried stopping Rodman's party, an altercation erupted and the GM got punched in the face -- allegedly by a member of Rodman's posse.

Sources say the fight spilled into the street, and resulted in a rear view mirror being knocked off a $289,000 Lamborghini parked near the sidewalk.

Police confirm the Miami Beach PD responded to a call from the hotel right around the time the altercation took place. No word yet on whether the victim will press charges.

The restaurant agreed not to press charges if the bill was paid -- and it was. During all the commotion, Dennis conveniently disappeared