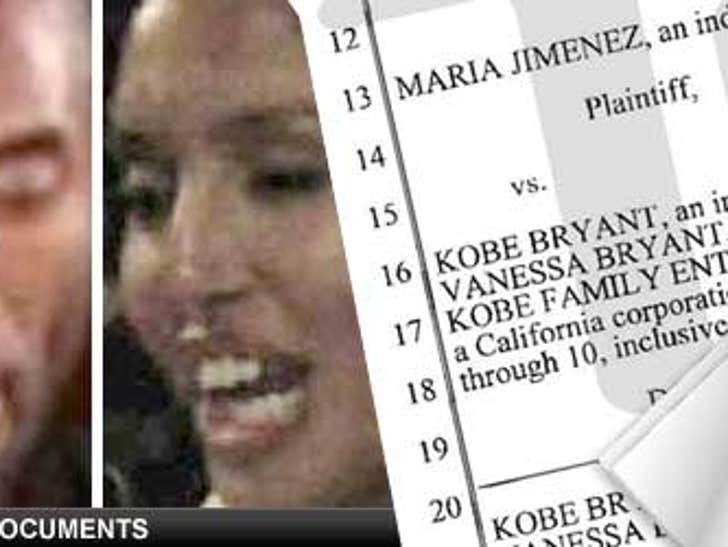 Kobe Bryant and his wife Vanessa have filed a cross-complaint against their former maid -- but all they really want is for her to keep her mouth shut. 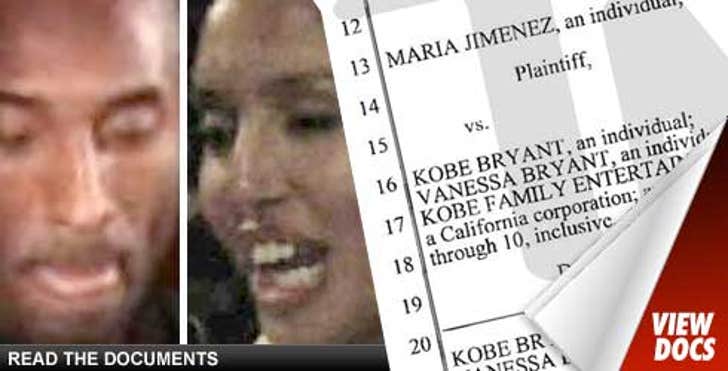 According to court docs filed yesterday, the Bryants fully acknowledge Maria Jimenez's right to battle them in court -- although they say her claims of abuse are "without merit." What the Bryants are really concerned with is the confidentiality agreement they claim Jimenez signed when she was hired in 2007 -- which prevents her from talking to the press and other third parties.

The Bryants feel, according to the docs, that Jimenez's press tour following her lawsuit is in violation of that agreement.

Jimenez is suing the Bryants, specifically claiming Vanessa was incredibly abusive -- even demanding that she put her hand in a bag of dog feces to retrieve a tag from her blouse

They are all due back in court in July.

"The Bryants claim that they treated Maria Jimenez with the utmost respect, yet they want to silence her from talking about it. Fortunately, my client has a First Amendment right to talk about how they treated her.

Ultimately, a judge and jury will decide what really happened in the Bryant's home, And the last time I checked, the court is open to the public."