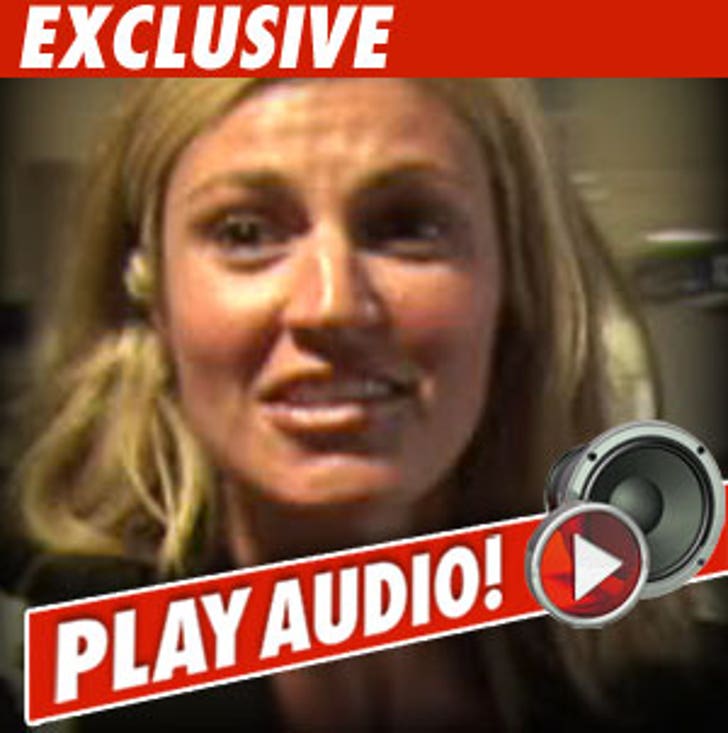 In the call, before she even says her name, Andrews says "I've been in the news recently about being in a hotel naked." She goes on to say, "I did nothing wrong and I'm being treated like f***ing Britney Spears and it sucks."

As TMZ first reported, cops found out they were just members of the news media looking for an interview with Andrews, who became national news after her peeping Tom fiasco.

The reporters were allowed to leave without incident.