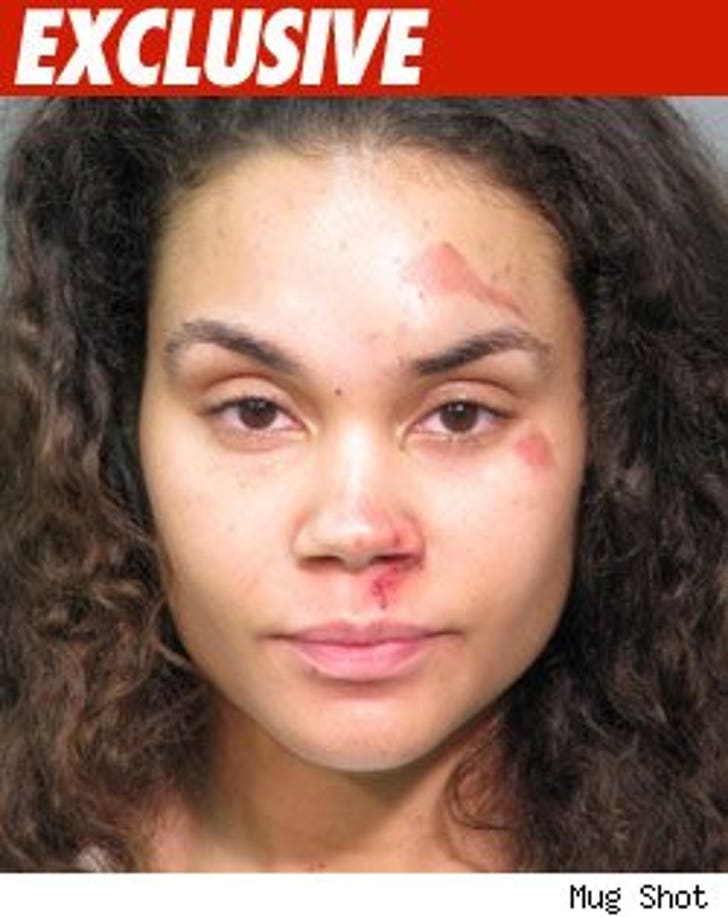 The former singer from Diddy's MTV reality show "Making the Band 2" has once again made the cut -- but cops say this time Sara Stokes was using a knife ... to stab her own husband.

We know what you're thinking, "someone must've beat the crap out of this woman" -- but according to cops, it was the exact opposite.

This bloody mug shot was taken after Stokes was arrested for domestic violence August 2 at their home in Moreno Valley, CA.

According to law enforcement sources, Sara stormed out of the house after arguing with husband Tony -- she tripped, fell down and accused him of doing it.

We're told Sara -- who hurt her head in the fall -- grabbed a knife and stabbed Tony in the arm -- while their 3 kids watched.

Paramedics and cops came and Stokes was arrested for assault with a deadly weapon and domestic violence. The D.A. is deciding whether to charge her.

Sara's lawyer, Eric Kayira, tells us, "Sara and Tony have a very passionate and loving relationship that on August 2, while having an evening of fun, she slipped and fell, hitting her head heavily on the ground and somehow in the process of helping her Tony got injured."