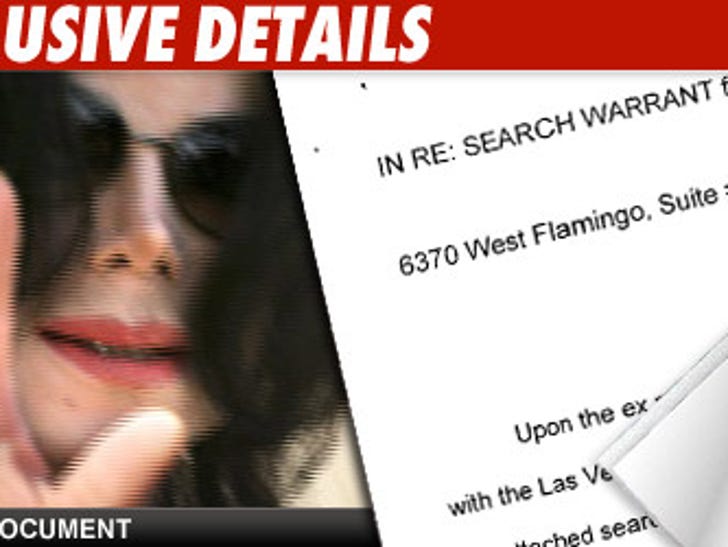 We've obtained the search warrant used to raid the Las Vegas pharmacy that Dr. Conrad Murray has used in the past, and there appears to be a direct link between the doctor and Propofol ... and there may be a link to Michael Jackson as well. 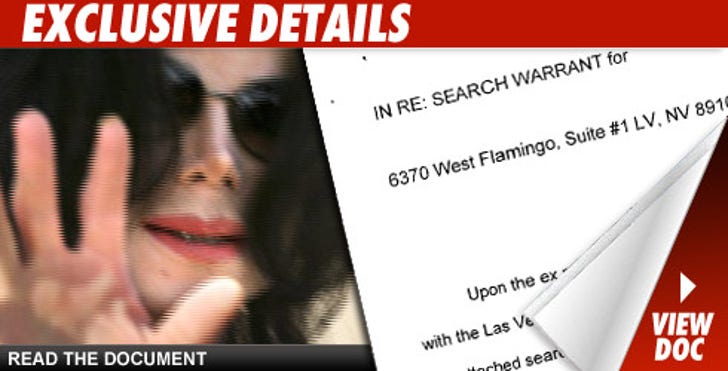 The documents show authorities were looking for credit card receipts and other docs related to drugs purchased by Dr. Murray on May 12, 2009. The warrant then mentions specific vials of Propofol manufactured by Teva and Hospira, Inc.

And authorities were looking for FedEx records relating to "the purchase, transfer, receiving, ordering, delivery and storage of Propofol to Dr. Conrad Murray."

Short story ... it looks like authorities believe they know where and when the Propofol that killed Jackson was purchased.

It is unclear whether authorities got the smoking gun they were looking for. The only thing revealed in the documents is that authorities took "copies of misc. paperwork."