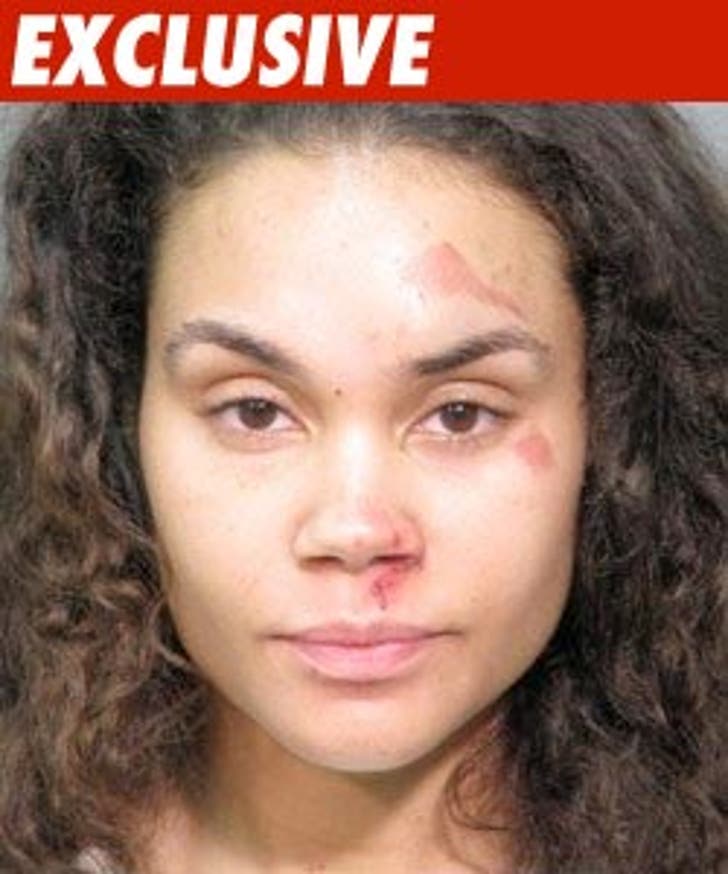 The former MTV reality star accused of putting a knife through her husband's arm earlier this month claims the whole thing is a misunderstanding -- the dude stabbed himself!

TMZ spoke with the manager for former "Making the Band 2" star Sara Stokes, who told us a completely different story than the one we heard from law enforcement. Here's the breakdown:

Stokes' Version -- The incident started by the pool, when Sara innocently tripped and hit her face. Her husband tried to get something to clean her off and accidentally cut his arms on knives in the kitchen sink.

Law Enforcement Version -- It started when Sara stormed out of her house after a screaming match with her husband, she fell over and blamed him for tripping her -- grabbed a knife and stabbed the crap out of his arm while their 3 children watched the whole thing.

Little bit of a difference there, huh?

But there's more -- Stokes claims the reason she accused her husband of tripping her was because she "suffered a concussion when she fell and was confused."

Stokes' rep tells us the couple is "back together, " "happy" and looking forward to the "truth coming out in court."