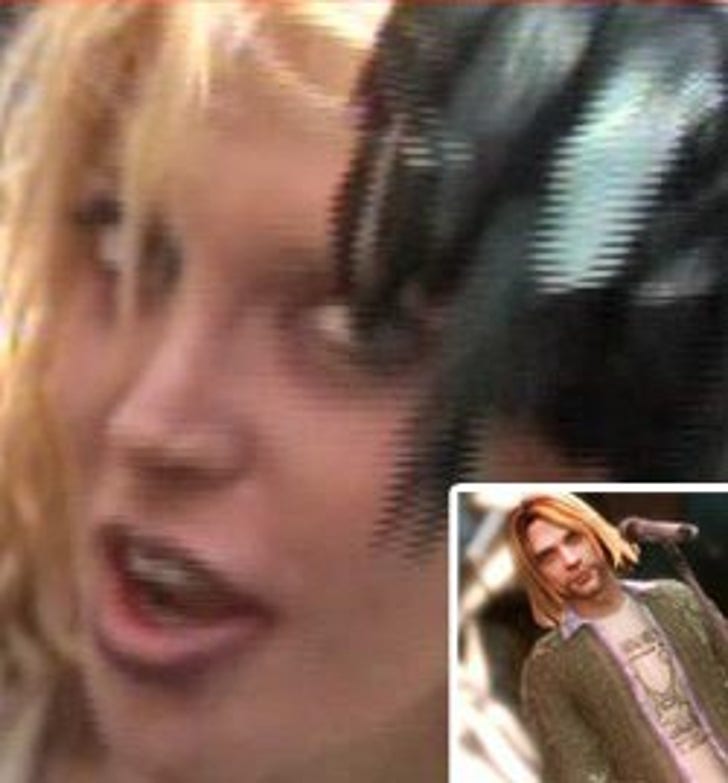 Courtney Love is on the warpath -- threatening to "sue the s**t" out of the people behind Guitar Hero after she saw Kurt Cobain's image in the video game.

Cobain's widow just unleashed a serious Twitter attack on Activision -- the game developer -- saying they never got her permission to use Kurt's image ... and she wouldn't have given it to them if they had asked. Here's a sample:

"not in twenty JILLION years would i EVER have allowed this and this islethal."

Love is no stranger to lawsuits ... we'll let you know when she takes this thing to court.

UPDATE: Activision released the following statement:
"Guitar Hero secured the necessary licensing rights from the Cobain estate in a written agreement signed by Courtney Love to use Kurt Cobain's likeness as a fully playable character in Guitar Hero® 5."