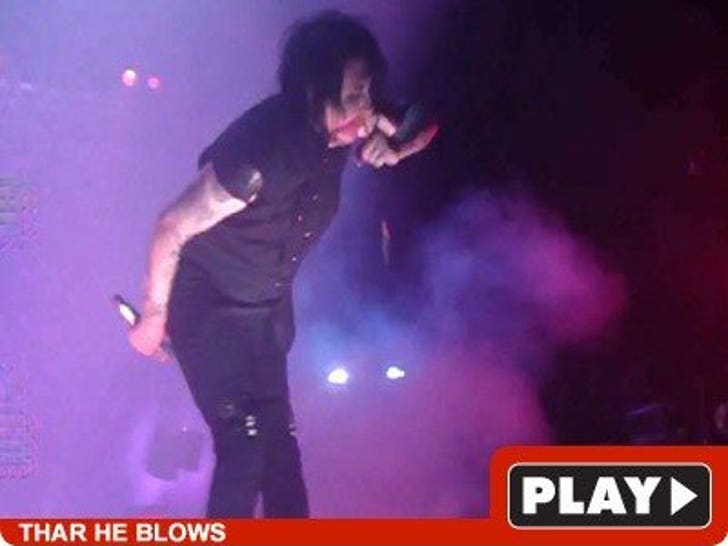 The night before announcing he was infected with the dreaded pig virus, Marilyn Manson was busy blowing loads of snot on stage at a concert in Ottawa. 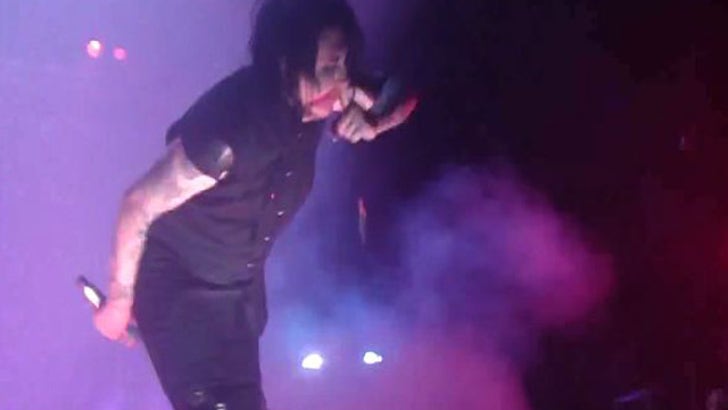 In the video -- shot on Sunday in Canada -- Manson is performing "Beautiful People" when he suddenly, disgustingly decides to empty flu goo from both nostrils ... while standing only a few feet away from the fans in the front row.

Let's hope Swine Flu is snot as contagious as everyone thinks it is. 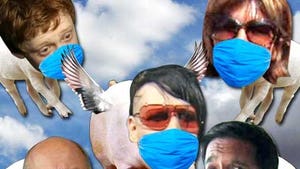 Swine Flu -- All the Rage in Hollywood