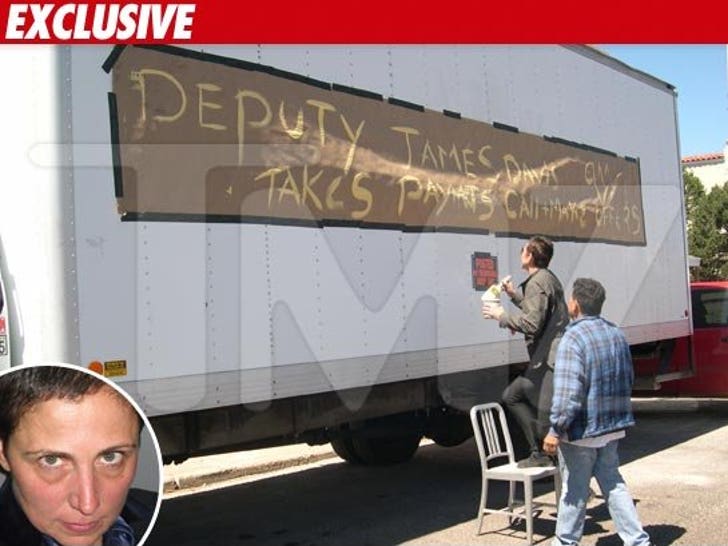 Randy Quaid's wife opened a can of paint -- now a police officer is opening a can of legal whoopass ... suing Evi for defamation after she plastered a giant sign on the side of a truck accusing the cop of taking illegal bribes. 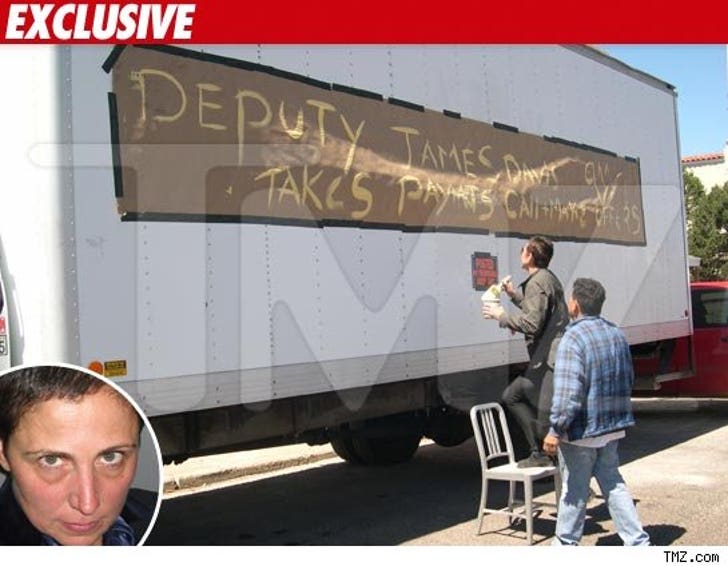 Evi painted the sign after she and Randy were arrested by Deputy Davis last month -- after warrants were issued for their arrests for allegedly stiffing a hotel in Santa Barbara.

Davis' lawyer, Jason Snell, tells us, "I represent a man who's been in law enforcement for 32 years and he's being accused of engaging in illegal activities, something he's never done."