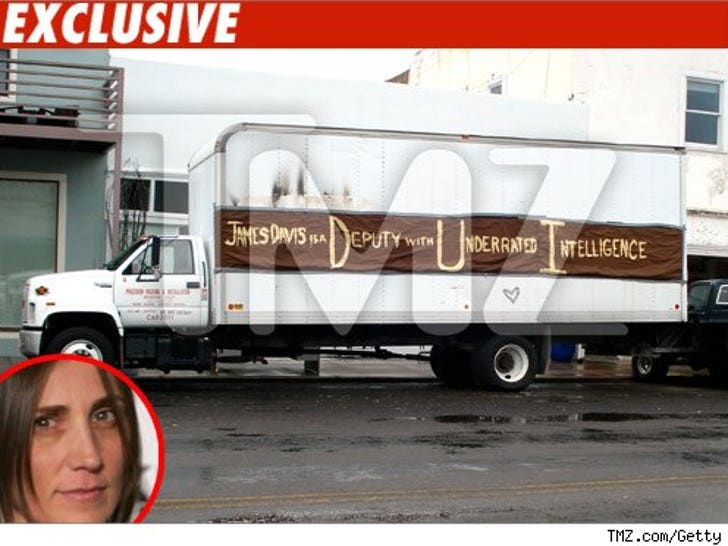 A second -- and far more pointless -- hand-painted sign has appeared outside of Randy and Evi Quaid's house, which accuses the officer who arrested them of being a DUI ... a Deputy with Underrated Intelligence. Burn? 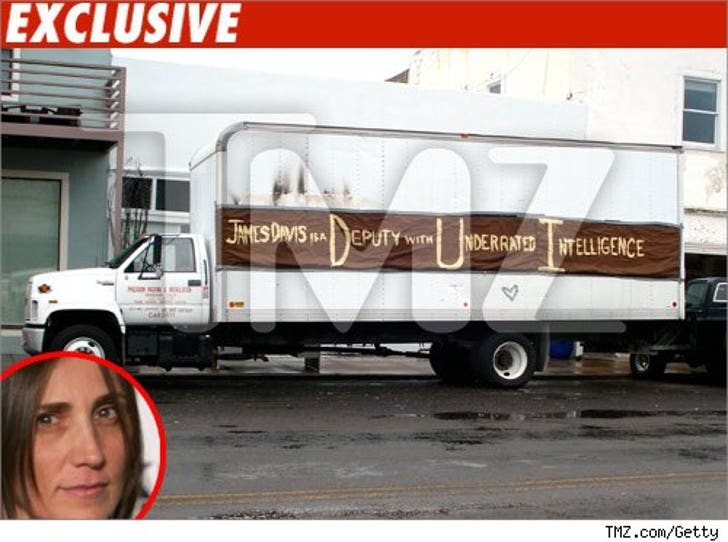 Deputy James Davis tells us it's unclear if Evi was the mastermind behind the backhanded compliment -- which appeared outside the Quaid's home in Marfa, Texas on Sunday -- because she wasn't photographed in the act like she was last time.

Either way, Deputy Davis is sick of being mocked in sign-form, telling us, "I don't know where all this is gonna go, but it's got me very angry."

As we first reported, Davis has already sued Evi for defamation over the last sign -- which accused him of taking bribes.