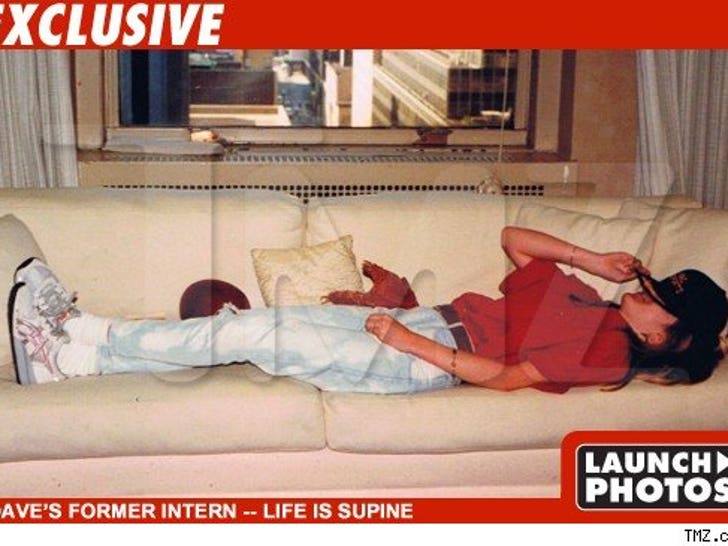 The "other" other intern David Letterman allegedly got down with certainly made herself comfy in Dave's office back in the day. 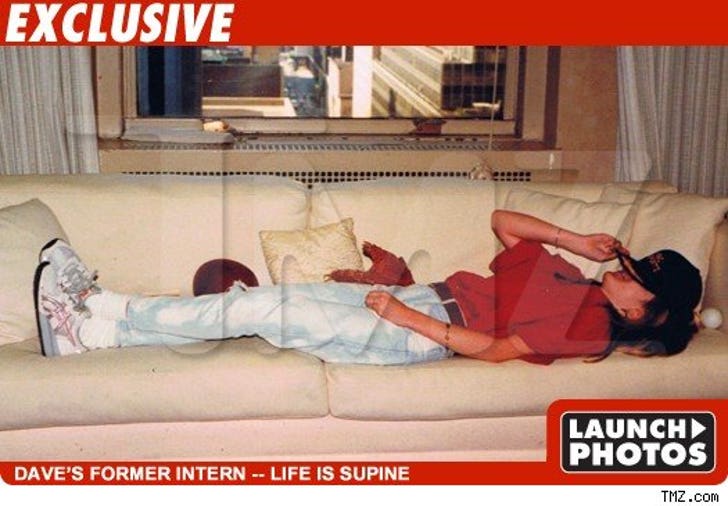 As we first reported, Holly Hester -- an intern for Dave 2 decades ago -- says she also had a secret relationship with the late night host when she was a student at NYU and fell head over heels for him. She says they dated for a year.

The pics, taken when Dave was still at NBC, are totally innocent -- Holly is goofing around in his office ... Dave nowhere in sight. But Holly was a bold intern -- daring to puff on one of Dave's beloved cigars.