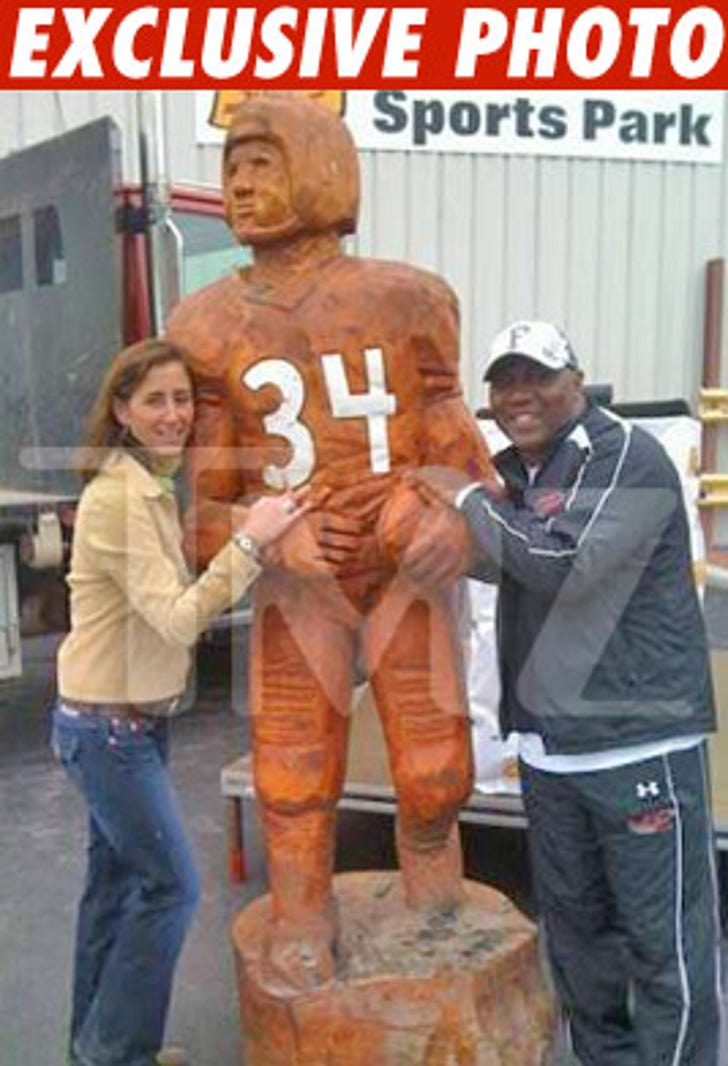 After several traumatic days away from home ... the missing Thurman Thomas statue finally returned to Buffalo today -- where he was greeted by his flesh-and-bones counterpart.

The woman who sculpted the statue of the NFL legend went all the way to Canada to pick up Wooden Thurman from a guy who claims he rescued the 1000-pound beast from pyro-maniacal vandals last weekend.

But the statue won't return to its perch outside Buffalo Bills stadium -- too dangerous. But its new home won't be too far away ... Thurman Thomas plans on keeping it at his official training center.

Finally, a victory in Buffalo...