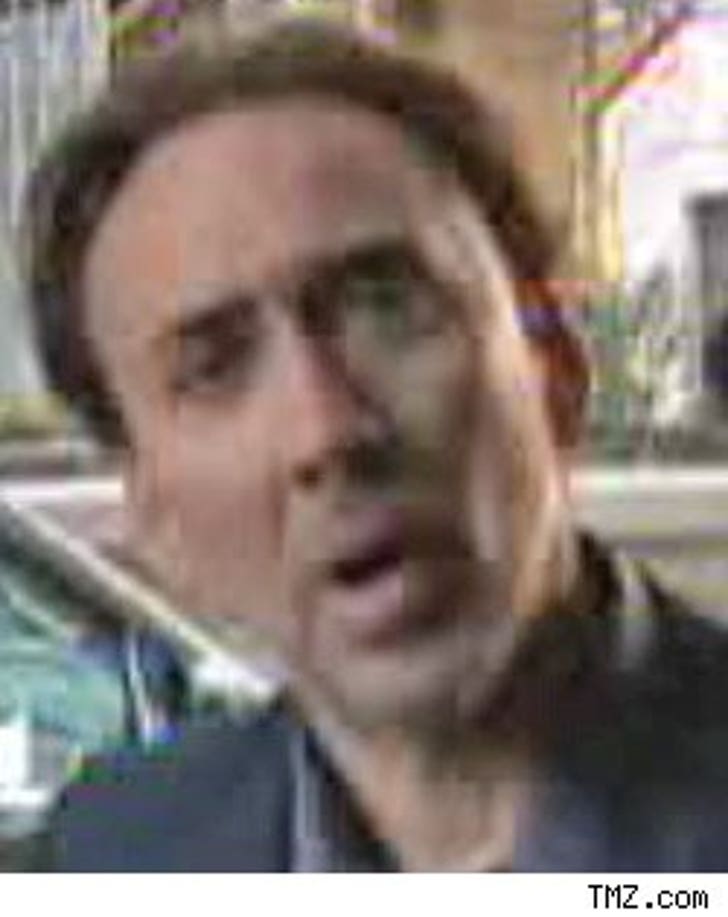 Why is Nic Cage in such deep trouble??? The person Nic's suing has tried to explain Cage's financial troubles before...

Last year, the IRS put the screws to Cage after they discovered the actor tried to write off $3.3. million in personal expenses as business expenses from 2002 to 2004 -- things like limo rides, meals, gifts and Cage's private jet.

Cage's business manager, Samuel J. Levin tried to explain the situation to Forbes, telling them Nic's tax moves were "customary in the entertainment industry" -- the IRS didn't see it that way.

Ultimately, Uncle Sam forced Cage to hand over $660,000 in back taxes and penalties.

But now, Cage has an even bigger financial mess on his hands -- accusing Levin of being so reckless and incompetent with his money, that he's been forced "down a path of financial ruin."

And this time it's Nic who's doing something "customary in the entertainment industry" -- he's hired power lawyer Marty Singer to sue Levin's pants off.