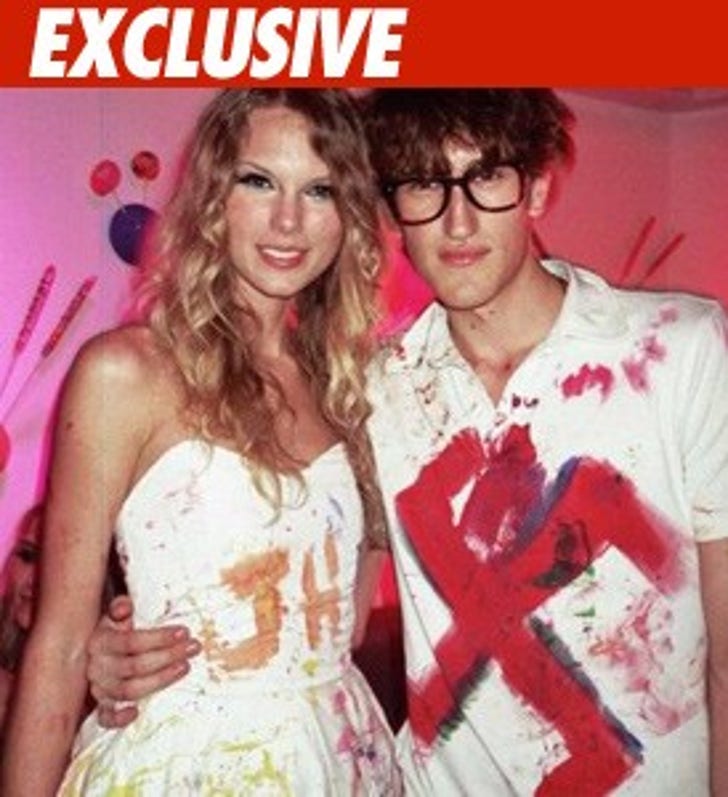 The guy at the core of the Taylor Swift swastika scandal claims it's possible the singer did not see the Nazi symbol on his chest when he pulled her in for a photo the other night.

The shirt-bearer, AJ English, tells TMZ he didn't know Taylor before Katy Perry's party last weekend -- and he's sorry for dragging her into the chaos.

As for why he had a swastika on his shirt in the first place -- English says it started out as an "X" but was "perverted" as the night went on, adding he's "not a racist" and doesn't support the Nazi agenda.