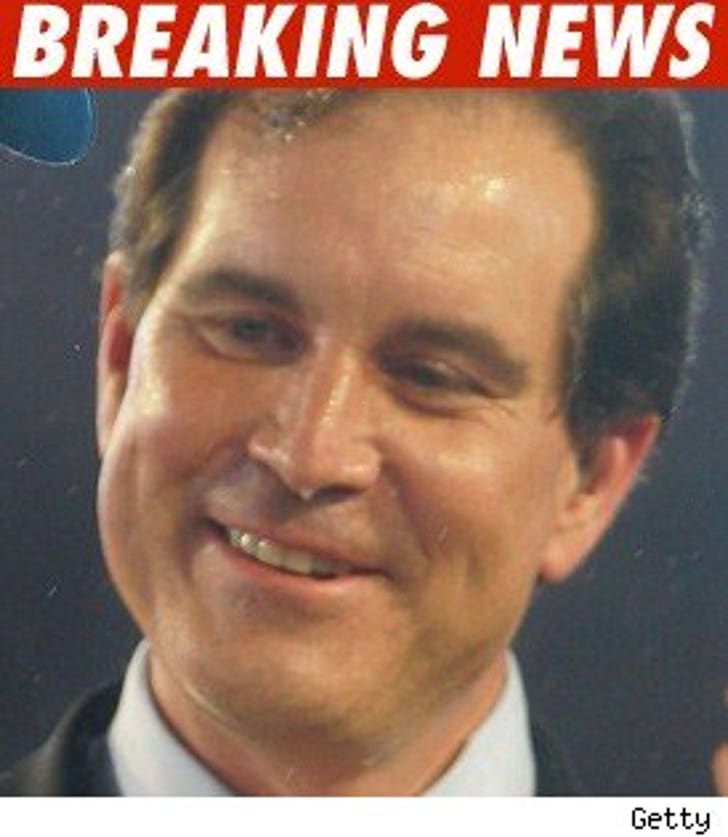 NFL on CBS sportscaster Jim Nantz made one really bad call -- with a 29-year-old woman -- and it set a divorce in play that will cost him nearly a million bucks a year for the rest of his life.

A Connecticut judge ordered the famous announcer to pay his ex-wife $864,000 a year in alimony -- and the only way out is death ... or if his ex-wife remarries.

The judge's decision comes in light of Nantz's admission that he began dating a 29-year-old woman before he ended his 26 year marriage. Smooth...

Nantz also has to pay $1,000 a week in child support for their 15-year-old daughter for the next two years.

Jim's wife also gets the couple's Westport mansion -- no word if he gets to keep the couch he's probably been sleeping on.

Ultimately, the judge made Jim pay so much because he's loaded.