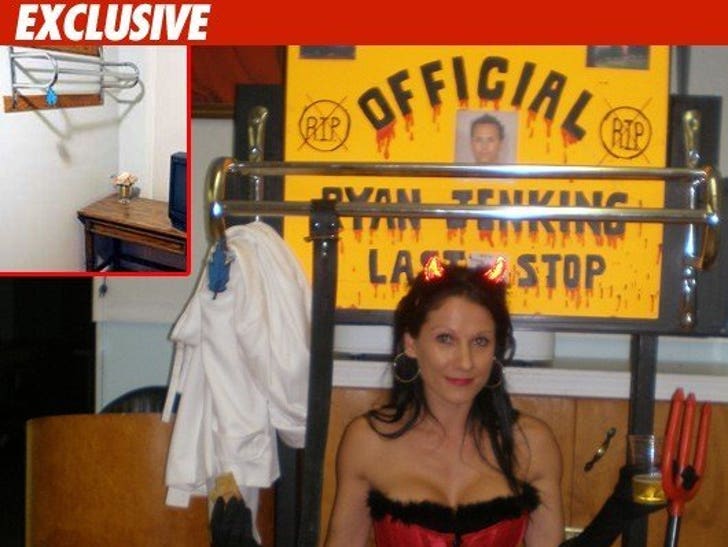 Ryan Jenkins -- the reality show contestant who killed himself after he was accused of brutally murdering his wife -- was mocked ruthlessly on Halloween with a display featuring the actual coat rack he used to hang himself. 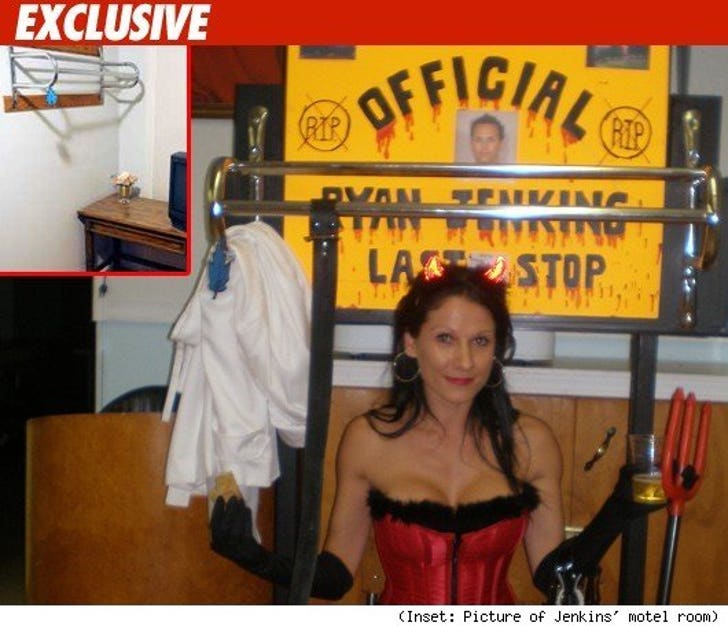 Sometime last month, the coat rack was removed from the Thunderbird Motel room where Jenkins hanged himself, after the room's new occupant complained that the rack creeped him out and he couldn't sleep.

The manager gave the rack to a friend of his -- a friend who decided it was the perfect decoration for his Halloween party.

The friend labeled the rack as "Ryan Jenkins' Last Stop" and we're told, shockingly, it was a huge hit at the party ... with several people taking morbid photos with it like it was the Lincoln Memorial.

FYI -- For those of you with an eye for detail, that IS the same air freshener hanging from the rack in both pics.

So the question remains...