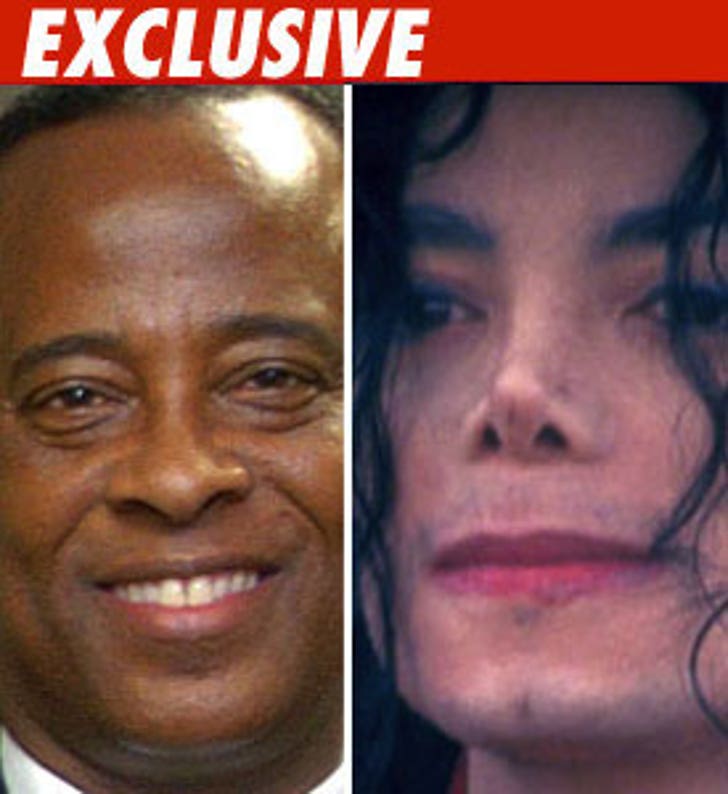 Dr. Conrad Murray was on the phone with his girlfriend as Michael Jackson was dying ... sources connected to the case tell TMZ.

Sources say the girlfriend told LAPD detectives about 5 minutes into the call, she heard Dr. Murray abruptly drop the phone and then heard him administer CPR. The girlfriend said there was no indication Dr. Murray knew anything was amiss before dropping the telephone.

Sources say the girlfriend does not know if Murray was in the room with Jackson when he called her or if he walked in just before realizing MJ was in deep trouble.

The bodyguard called 911 at 12:21 PM, approximately 13 minutes after Dr. Murray dropped the phone.

It has been widely reported Dr. Murray was on the phone for 47 minutes before calling 911. It appears those calls were actually made before Dr. Murray realized Jackson was in distress.