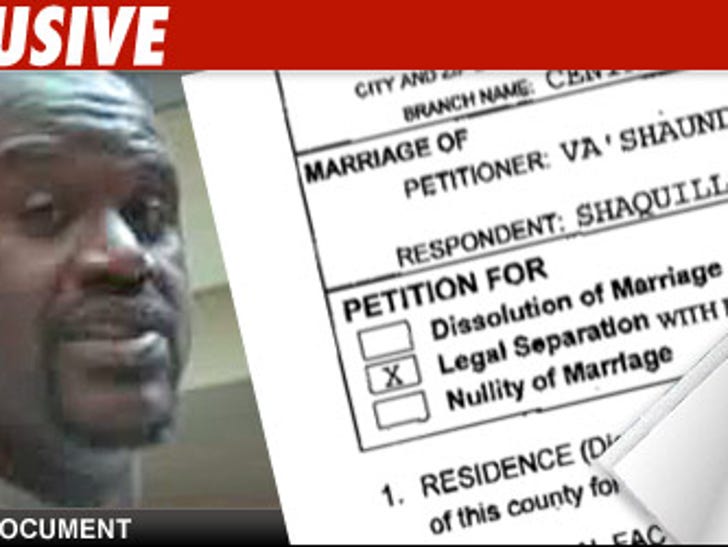 Shaquille O'Neal's wife Shaunie has abruptly flown to Los Angeles and filed a petition for legal separation in Los Angeles County Superior Court ... and Shaq's people think it's all about money. 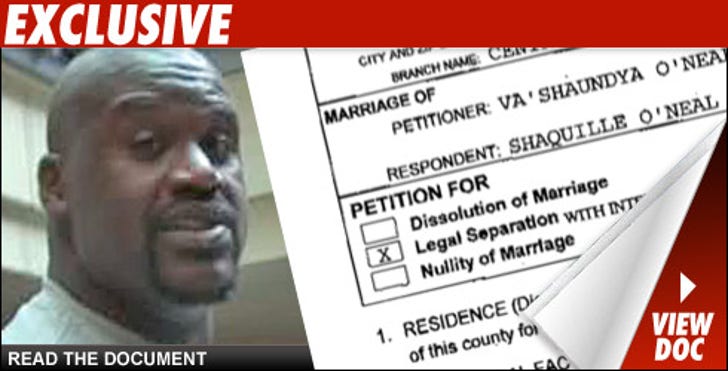 TMZ has learned Shaunie filed legal papers yesterday in L.A., even though the couple lives in Florida. The petition says although Shaunie is filing for legal separation, she intends to file for divorce. She lists "irreconcilable differences" as the reason for separation.

We're told Shaunie pulled her kids out of school in Florida several days ago and they are with her now in L.A.

Why, you ask, would Shaunie cross the country to file in L.A.? Well, a spouse generally does a lot better in the spousal support department here in California. Shaunie is asking for both spousal and child support -- though she did not specify an amount for either.

The date of separation is listed as 11-9-09. The couple has 4 minor children. Shaunie wants legal and physical custody of all the kids.

They have been married for 6 years, 11 months.