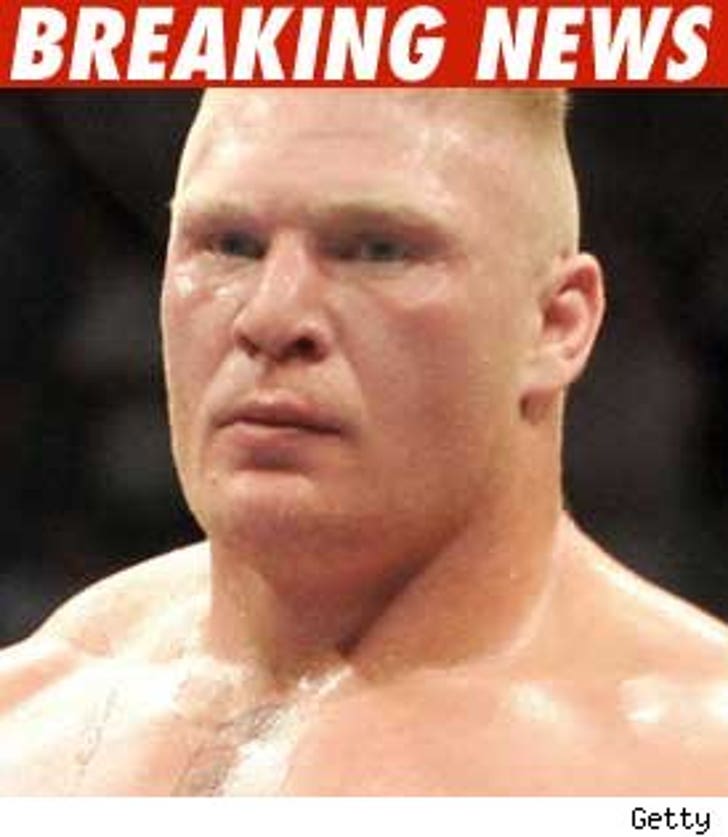 Brock Lesnar -- the UFC Heavyweight Champ -- is in "bad shape" according to UFC president Dana White and won't be fighting anytime soon.

White made the announcement after UFC 105 last night, saying "He's in a hospital up in North Dakota somewhere right now. He went to Canada and some bad stuff happened to him, so we've got to figure it out ... He doesn't want to talk about it publicly, but he's in bad shape. He's not well and he's not going to be getting well anytime soon."

Lesnar originally pulled out of a November 18 fight and reports suggested he had swine flu. The fight was rescheduled for January 2, but then it was announced Lesnar had mononucleosis.

But White made it clear, Lesnar's problems go beyond mono: "He is not good. He is very, very sick and he's going to be out for a while."