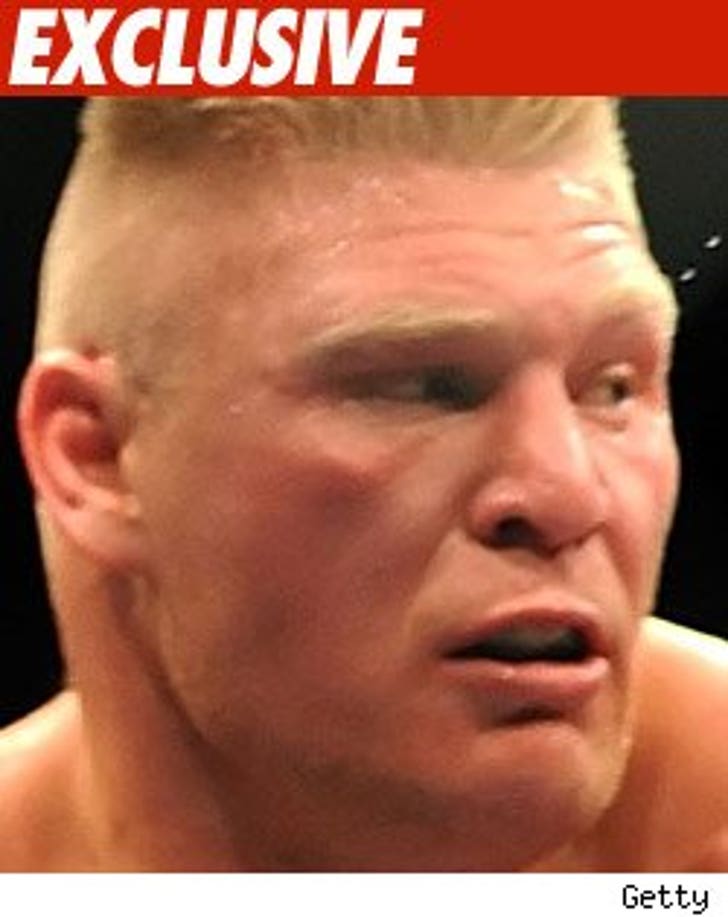 Brock Lesnar is so sick, he'll be going to the Mayo Clinic so doctors can figure out what to do -- but it will probably require major surgery ... UFC Prez Dana White tells TMZ.

White tells us Lesnar -- the UFC heavyweight champ -- is "very, very sick" with some sort of intestinal disorder, although listening to White, it sounds a lot more serious than that. White says the condition will require "major surgery."

White is going to visit Lesnar in the hospital and is trying to get him transferred to the Mayo Clinic, one of the most renowned medical facilities in the world.

White says Lesnar -- formerly of the WWE -- was diagnosed with mono more than a week ago and was "bummed out" that he had to cancel the fight and went to Canada to rest. White says Lesnar collapsed in Canada a week ago today and has been hospitalized ever since.