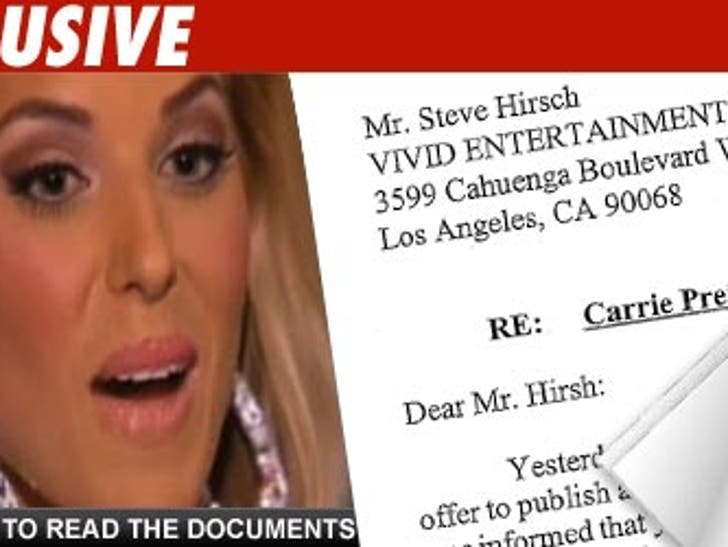 Carrie Prejean has her panties in a bunch, because Vivid Entertainment won't take no for an answer. 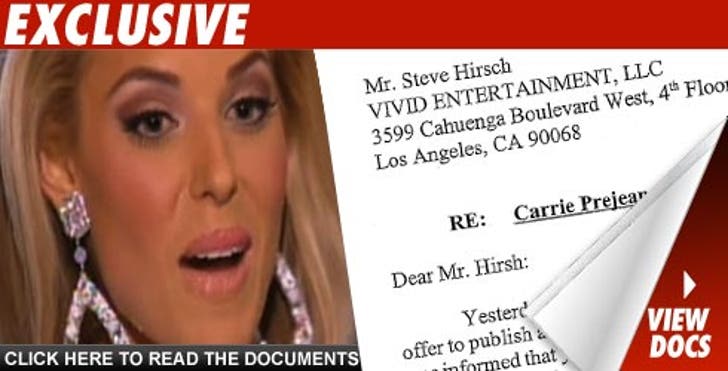 LiMandri left nothing to the imagination, warning Vivid Carrie will sue for invasion of privacy, misappropriation of her likeness as well as public disclosure of private facts ... if Vivid makes good on its threat.

LiMandri will also add a claim for emotional distress for good measure. And he claims some of the videos were shot when she was only 17. Her ex-boyfriend -- the guy to whom she sent the tapes -- begs to differ.