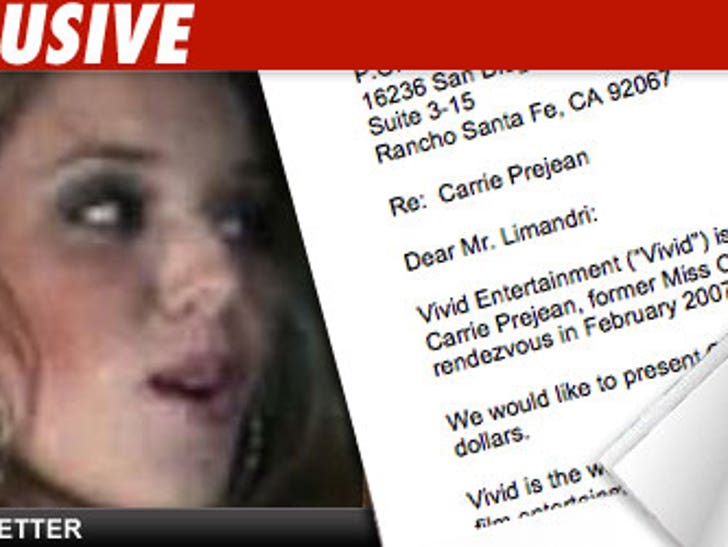 Carrie Prejean's sex tape cost her more than a million bucks during her settlement discussions with Miss California USA, but we've learned Vivid Entertainment is officially stepping up with an offer to line her pockets with even more money. 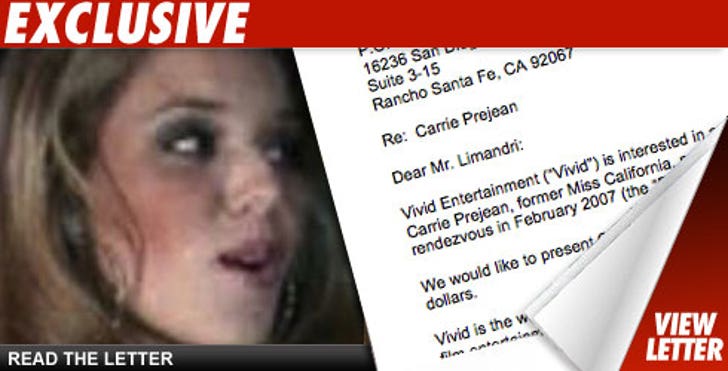 In the letter, Hirsch tries tempting Carrie with this: "We would like to present Carrie with several options where she could certainly earn millions of dollars."

Hirsch boasts his stable of stars, including Kim Kardashian, Kelli McCarty (former Miss USA) and Shauna Sand -- the kinds of women any gal would be proud to call her peers.

TMZ spoke with attorney Limandri last night, and it looks like Carrie's not biting. Limandri says Carrie's mom/rep says, "No, at any price." 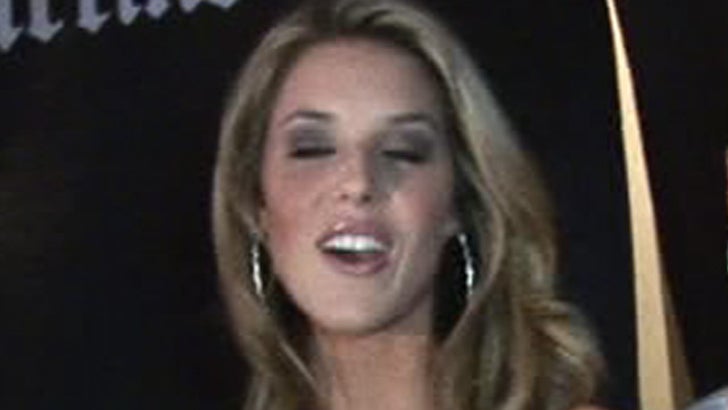 Carrie claims she was underage when the videos were shot, but her ex-boyfriend to whom she sent the videos begs to differ.

But Carrie may have another plan to score some loot. We're told she may sue the Miss Cali pageant, along with its officials, because she believes they leaked the settlement to TMZ.